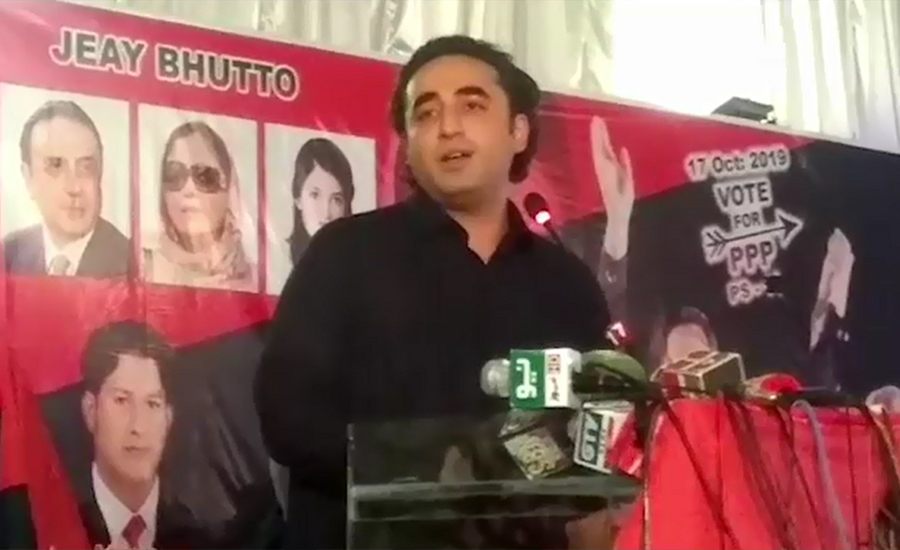 LARKANA (92 News) – PPP chairman Bilawal Bhutto has said that the ‘puppet’ government has failed completely and the people are ready to send it home. Addressing workers in Larkana on Monday, he said that they will have to jointly send the PTI and its facilitators to home. “We will form the government providing a relief to the masses and protecting their economic rights,” he said. He said that today the media is not independent. “The anti-people budget was presented. Today common man is very worried,” he said. The PPP chairman said that his party had always given people-friendly projects. “Pension has not been increased. There is storm of inflation. We will have to protect the constitution given by the Shaheed Zulfikar Ali Bhutto,” he maintained.

Anti-poor govt has made life of common man difficult: Bilawal

On October 12, PPP chairman Bilawal Bhutto had said that the anti-poor government has made the life of a common man difficult. Addressing a rally taken out in connection with PS-11 by-election on Saturday, he said that the economic murder of small traders and farmers is being committee. “Larkana faced three dictatorships and forced the dictators to flee. We have now to get rid of the selected government,” he said. The PPP chairman asked the people to support him to get rid of the selected government. “The government had promised to provide jobs to the people, but now has left youths jobless,” he said. "The anti-poor government is sucking the blood of the masses." Bilawal Bhutto said that the government is demolishing the houses of the poor in the name of encroachments. He said that the PPP had distributed lands among the poor after getting them from landlords. “The PPP government increased pensions by 100 percent. We care and love the poor,” he said.