WASHINGTON (92 News) – Minister for Foreign Affairs Shah Mahmood Qureshi on Monday said that the purpose of his visit to the US was not to seek aid but build deteriorating ties between the two countries. In an interview with American TV channel, Qureshi said, “I am not here to talk dollars and cents, I am not here seeking aid.” He said that Pakistan wants to fix a relationship that went sour – a relationship that has mutually-benefited both the sides. 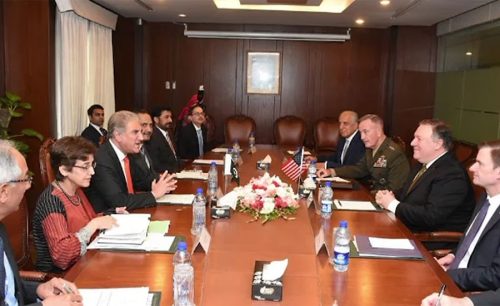 “We have been allies for a long time, it is time to rebuild that powerful relationship. We expect you to respect our legal process, as we respect yours,” the foreign minister said. Qureshi represented Pakistan at the United Nations General Assembly (UNGA) in New York last week. He reached at Washington with Pakistani Envoy to US Ali Jahangir. 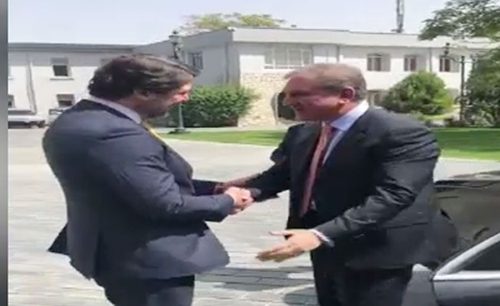 The foreign minister will meet meet Pompeo in Washington on Tuesday (October 2) and is scheduled to address American Institute of Peace on October 3. During the meeting with Pompeo, the matters related to the PAK-US ties will be discussed. Earlier before, the informal meeting was held between FM Qureshi and US President Donald Trump. In the meeting, a new beginning of bilateral relationship discussed that has mutually benefited both the sides. On September 20, as a part of reset with Prime Minister (PM) Imran Khan, United States of America (USA) is considering to restore security funds of Pakistan.