Purpose of PML-N’s projects is to plunder, says Bilawal Bhutto 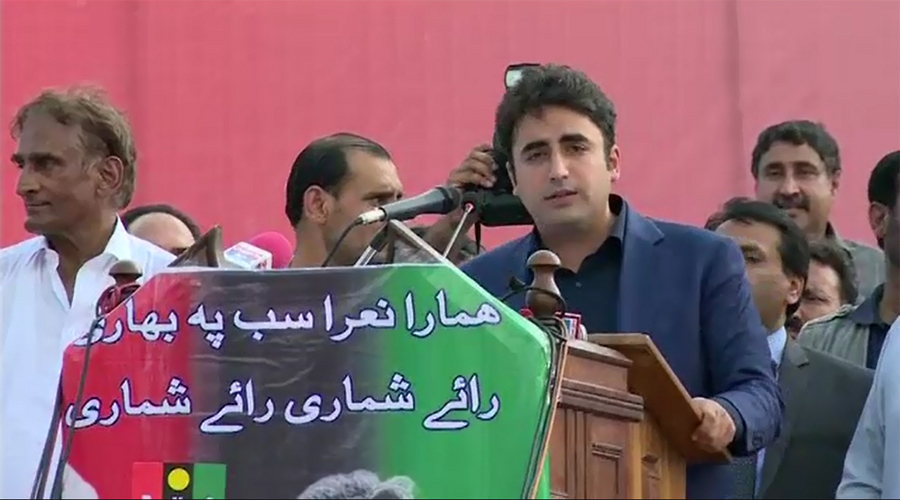 Purpose of PML-N’s projects is to plunder, says Bilawal Bhutto

MUZAFFARABAD (92 News) – PPP chairman Bilawal Bhutto Zardari has said that the foreign policy is at its lowest ebb nowadays. Addressing a public meeting on Saturday, he said that the PPP was facing the parties having no policy on Kashmir. “Kashmir policy aside, Nawaz Sharif has not even a foreign policy. He does not have courage and sagacity to run the foreign policy,” he said. The PPP chairman said that Modi friendship has significance in the foreign policy introduced by Nawaz Sharif. He said that the purpose of the PML-N’s projects is to plunder. “The PM got unwell when the people sought accountability. Mian Sahib should tell where the canals of milk and honey are flowing,” he said. Criticizing Prime Minister Nawaz Sharif, he said that the entire N-League raised a hue and cry over the Panama Leaks. “People seek answer to their question. Now Nawaz Sharif should tell when he will present himself for accountability,” he said. Bilawal Bhutto Zardari said that the Nawaz government’s economic policies are for the rich, not the poor who are being asked to take chicken if pulse is expensive. He said that corruption ruled the country. “Loadshedding could neither be ended nor did they change their name. Corruption has broken all previous records. The corrupt rulers are causing a loss of Rs 40 billion to the nation annually,” he said. The PPP chairman said that Kashmiris would decide their fate after four days.