Putin says hopes next round of Syria talks will bring resolution 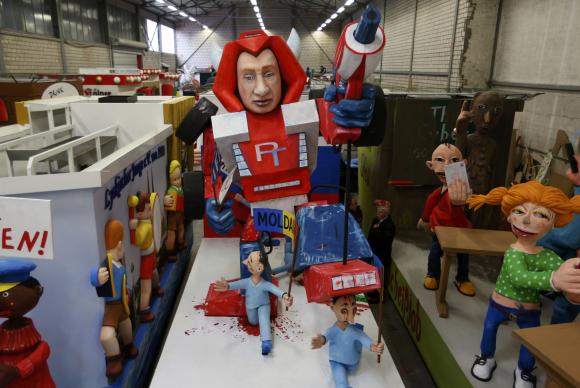 Putin says hopes next round of Syria talks will bring resolution

(Reuters) - Russian President Vladimir Putin said on Tuesday he expected that there would be a new round of talks on the Syria conflict following from a meeting of some opposition figures and the Damascus government in Moscow last month. Standing next to Egyptian President Abdel Fattah al-Sisi after talks in Cairo, Putin said: "We look forward ... to the next round of such talks, which ultimately I hope will lead to a peaceful settlement of the situation in Syria." The next meeting between some Syrian opposition figures and the Damascus government in Moscow are set to take place in about a month, a participant in the consultations in Russiahad said on Jan. 30. The Moscow talks, which ended on Jan. 29, were not seen as yielding a breakthrough as they were shunned by the key political opposition and did not involve the main insurgent groups fighting on the ground in Syria. Moscow has been a long-standing ally of Syrian President Bashar al-Assad, whose government has dubbed many of its opponents as terrorists. Russia says combating terrorism should be a top priority in Syria. The conflict has killed more than 200,000 people since protests against Assad started in 2011 and then descended into a war in which radical Islamists have now gained the upper hand among the anti-Assad forces.