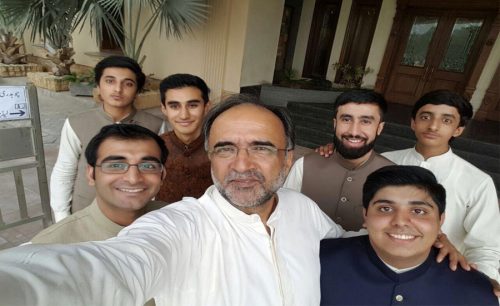 PPP member was informed about the tragic death of his son during a press conference at Islamabad which he left in the middle and left for Lala Musa. It is pertinent to mention here that his son Usama used to study at Government College University. The party spokesperson said that Kaira immediately departed for his hometown after hearing about the accident. Bilawal, Zardari condoles untimely death of Usama Qamar In a message released by the spokesperson, PPP chairperson Bilawal Bhutto Zardari and co-chairperson Asif Ali Zardari expressed their grief over Usama Qamar's untimely death and offered their condolences to the PPP leader and his family. COAS expresses heartfelt grief on sad demise of Usama Chief of Army Staff (COAS) General Qamar Javed Bajwa also expressed his heartfelt grief on the sad demise of Usama Qamar. “May Allah gives strength to bereaved parents and family to bear this irreparable loss,” said the army chief. PM expresses sorrow over sad demise of Kaira’s son Prime Minister Imran Khan has expressed profound grief and sorrow over the sad demise of son of PPP leader Qamar Zaman Kaira in a road accident. In his condolence message, the Prime Minister expressed heartfelt sympathy for the bereaved parents and prayed for fortitude to the family to bear the loss.

Afghan Peace Conference scheduled to be held in Islamabad postponed

18 passengers killed, 20 injured as coach falls into a ditch in Khuzdar