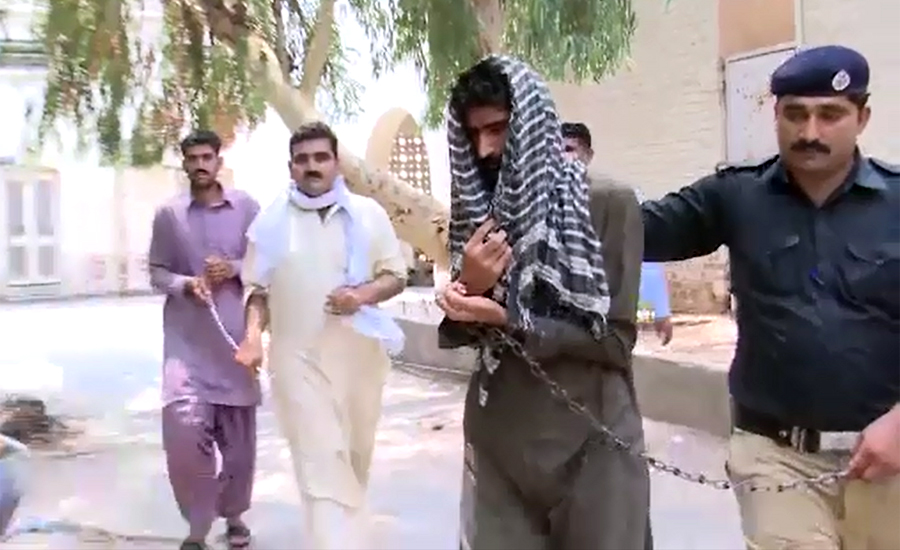 MULTAN (92 News) – A proclaimed offender in the Qandeel Baloch murder case was arrested through Interpol from Saudi Arabia. According to sources, Qandeel’s brother Arif has been handed over to the Muzaffarabad police in Multan. On Sept 27, a trial court had handed down life imprisonment to an accused, Muhammad Waseem, involved in murder of her sister and social media star Qandeel Baloch. Suspects including Qandeel’s brother, the main accused, Muhammad Wasim, her other brother Aslam Shaheen, Mufti Abdul Qavi, Haq Nawaz and Abdul Basit appeared before court. Judge Imran Shafi announced the verdict and awarded main accused Muhammad Waseem life term. The court acquitted all others accused giving them the benefit of doubt. Earlier, the court rejected a request by the parents of slain social media star to pardon her brothers, who are accused of killing her. The judge asked them whether they were only pardoning their sons and not all the accused in the murder case, to which the parents responded in affirmative. Judge informed them that he would decide their request after examining whether law grants them the right to pardon the killers or not. The court later dismissed Baloch’s parents’ application to pardon their sons, with the judge saying the case regarding murder in the name of ‘honour’ would be decided once the testimonies of all witnesses have been recorded.