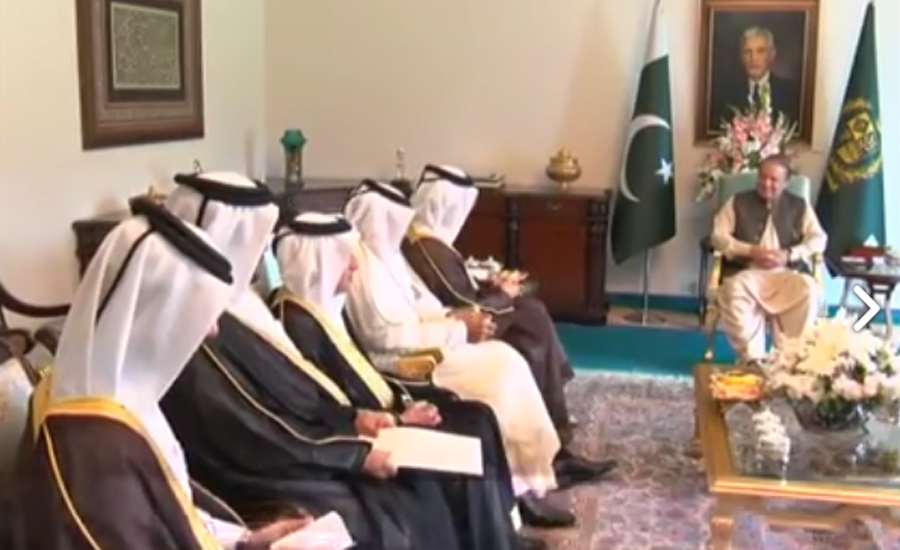 During the meeting, Sheikh Mohammed briefed the prime minister on Qatar’s response to the demands of Saudi Arabia, UAE, Bahrain and Egypt and on the current status of the mediation efforts of His Highness Sheikh Sabah Al-Ahmad Al-Jaber Al-Sabah, Emir of Kuwait.

The prime minister appreciated the sagacity and wisdom of the Emir of Kuwait, saying that Pakistan supports his sincere efforts in finding a solution to the current crises in the Gulf region.

The prime minister noted the brotherly relations between Pakistan and the State of Qatar.

He stressed that Pakistan maintains close, friendly and cooperative relations with all GCC countries and is concerned at the recent crisis in Middle East. The people and government of Pakistan wish to see a diplomatic solution of the problem between brotherly Islamic countries.

The Qatar foreign minister expressed his gratitude to the prime minister for the warm reception and reiterated Qatar’s desire to further enhance bilateral relations between the two countries.