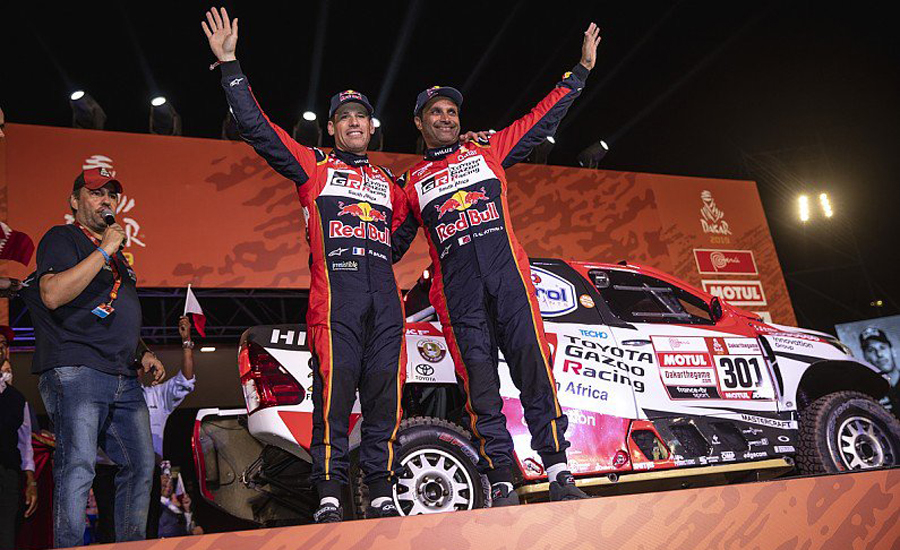 LIMA (Reuters) - Qatar’s Nasser Al-Attiyah led the Dakar Rally after the first timed stage through the Peruvian desert dunes from Lima to Pisco on Monday. The two-times Dakar winner, driving for a South African Toyota team, led Spain’s reigning champion and double Dakar winner Carlos Sainz by nearly two minutes after the 84km opening stage. Sainz, in an X-Raid Mini buggy, had started first of the car drivers but had to settle for second at the end of the day with Polish racer Jakub Przygonski a second behind in an X-Raid Mini 4x4. “It was quite a short start to the rally but quite difficult. We tried to catch Carlos over the last 10 km from the finish,” said Al-Attiyah. Spanish Honda rider Joan Barreda led the motorcycle category, one and a half minutes ahead of Chilean Pablo Quintanilla.
A total of 334 vehicles started the 41st edition of the rally, which is run entirely in Peru this year, with 541 competitors. The endurance rally, regarded as the world’s toughest motorsport challenge and staged in South America since being switched from Africa in 2009 for security reasons, ends in Lima on Jan. 17.