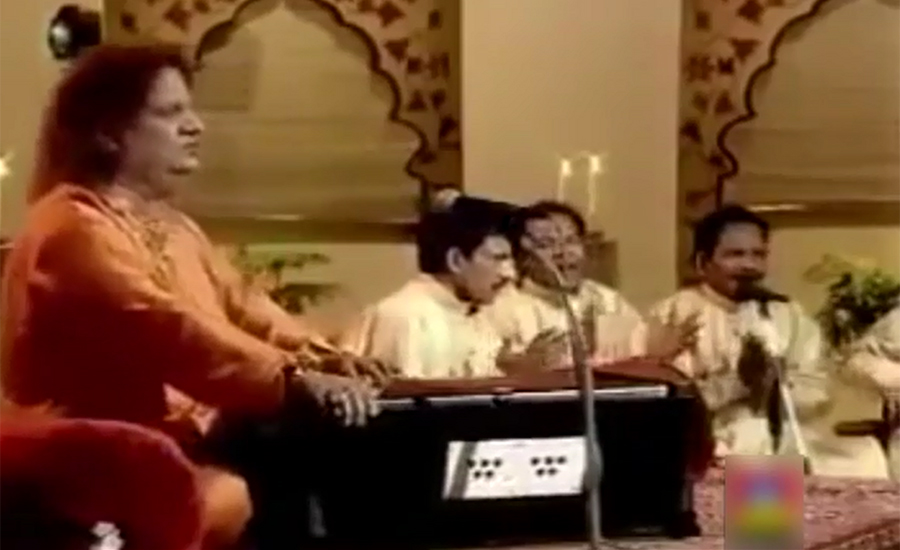 MULTAN (92 News) – Renowned Qawwal, poet and musician Muhammad Aziz Mian was remembered on his 18th death anniversary on Thursday. At the age of ten, he began learning the art of Qawwali under the tutelage of Ustad Abdul Wahid Khan of Lahore. He received 16 years of training at the Data Ganj Baksh School of Lahore, and earned degrees in Urdu literature, Arabic and Persian from the University of Punjab, Lahore. Aziz Mian died from complications of hepatitis in Tehran, Iran on December 6, 2000. He was in Iran at the invitation of the Government of Iran, to perform on the occasion of Imam Ali's death anniversary. He is buried in Multan on the brink of Nau Bahar Nehar. He was known for singing ghazals in a unique style of Qawwali. His super hit qawwali’s include Allah Hi Jane Kaun Bashar Hai, Nabi Nabi Ya Nabi Nabi, Main Sharabi, Teri Soorat and Admi Hai Benazir. The Pakistan government awarded him the Pride of Performance in 1989 in recognition of his services in philosophy and music.