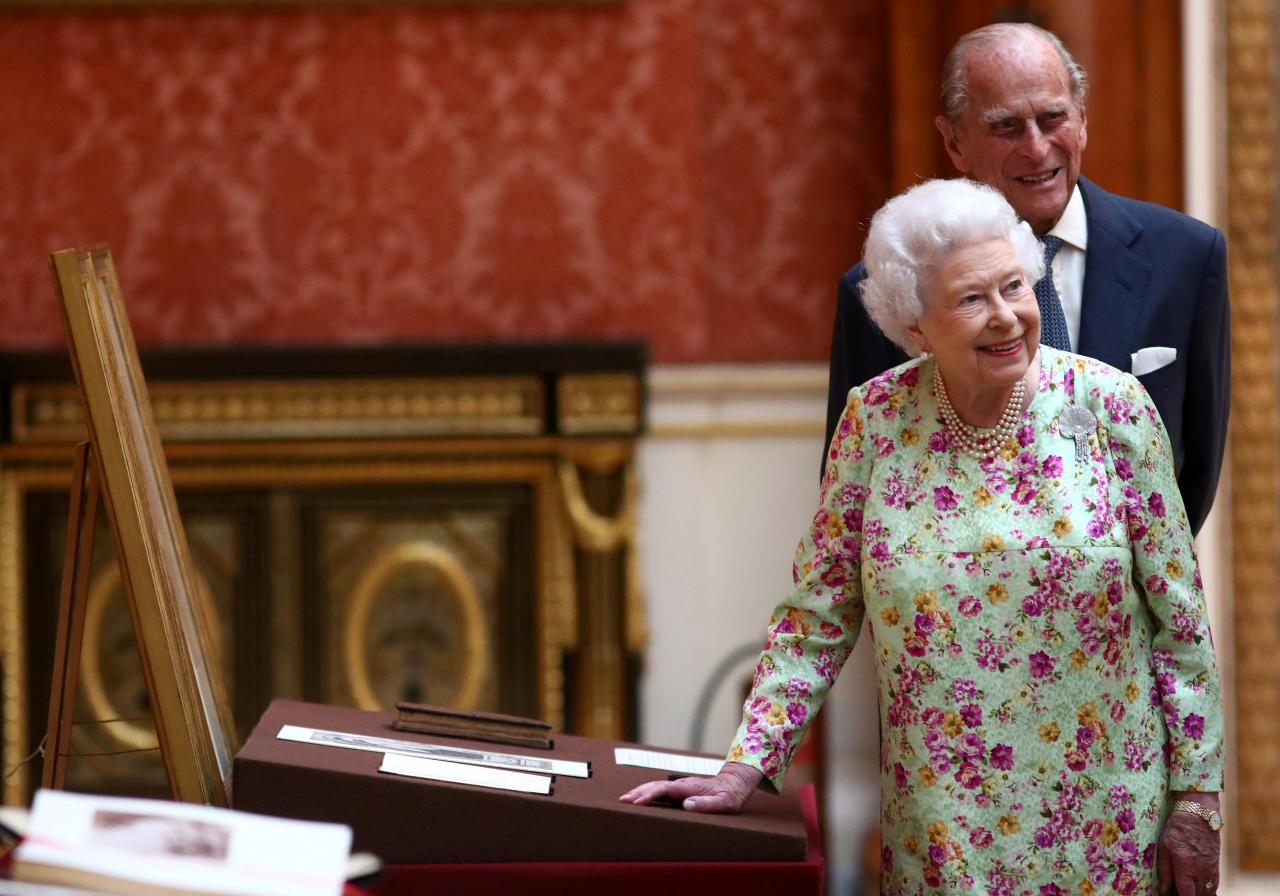 LONDON (Reuters) - Queen Elizabeth and husband Prince Philip mark their platinum wedding anniversary with a small family get-together on Monday, a far cry from the pomp and celebration which greeted their marriage 70 years ago.

The couple married at London’s Westminster Abbey on Nov. 20, 1947, just two years after the end of World War Two, in a glittering ceremony which attracted statesmen and royalty from around the world and huge crowds of cheering well-wishers.

Seventy years on, no public events are planned, although the 91-year-old queen did acknowledge the occasion by appointing Philip a Knight Grand Cross of the Royal Victorian Order for his services to the sovereign.

Elizabeth and her 96-year-old husband, who retired from active public life in August, will celebrate their milestone with a private party at Windsor Castle, the monarch’s home to the west of London.

That contrasts with their silver, golden and diamond wedding anniversaries when they attended thanksgiving services at the thousand-year-old Abbey, where the queen was crowned and where her grandson and his wife, William and Kate, were married in 2011.

However, the Abbey itself will mark the occasion with a full peal of its bells involving 5,070 change of sequences, with the 70 reflecting the anniversary, which will last more than three hours.

“Congratulations to The Queen and The Duke of Edinburgh as they celebrate their Platinum Wedding anniversary,” Prime Minister Theresa May said on Twitter. “They have devoted their lives to the service of the UK and the Commonwealth - my best wishes to them both on this special occasion.”

The wedding of Princess Elizabeth, as she then was, to the dashing naval officer Philip Mountbatten was seen as raising the nation’s spirits amid an austere background of rationing and shortages that followed the war.

“Millions will welcome this joyous event as a flash of colour on the hard road we have to travel,” said former Prime Minister Winston Churchill.

Five years later, Elizabeth succeeded her father George VI on the throne and has ruled for the following 65 years, more than any other monarch in British history, with Philip by her side throughout.

“The support he gives to my grandmother is phenomenal,” Prince Harry said in a documentary to mark her 60th year on the throne.

“Regardless of whether my grandfather seems to be doing his own thing, sort of wandering off like a fish down the river, the fact that he’s there - I personally don’t think that she could do it without him.”

While the couple’s marriage has remained strong, three of their four children have seen their unions end in divorce, most notably heir Prince Charles’s ill-fated union with his late first wife Princess Diana.

“He has, quite simply, been my strength and stay all these years,” Elizabeth said in a speech to mark the couple’s 50th wedding anniversary in 1997.

Royal historian Hugo Vickers said the secret of their long marriage was their mutual support and devotion to duty.

“They don’t waste a jot of time wondering whether we like them or not - they just get on with the job,” he told Reuters. “On the occasions when I have been lucky enough to see them together, they always look incredibly comfortable in each other’s company.”