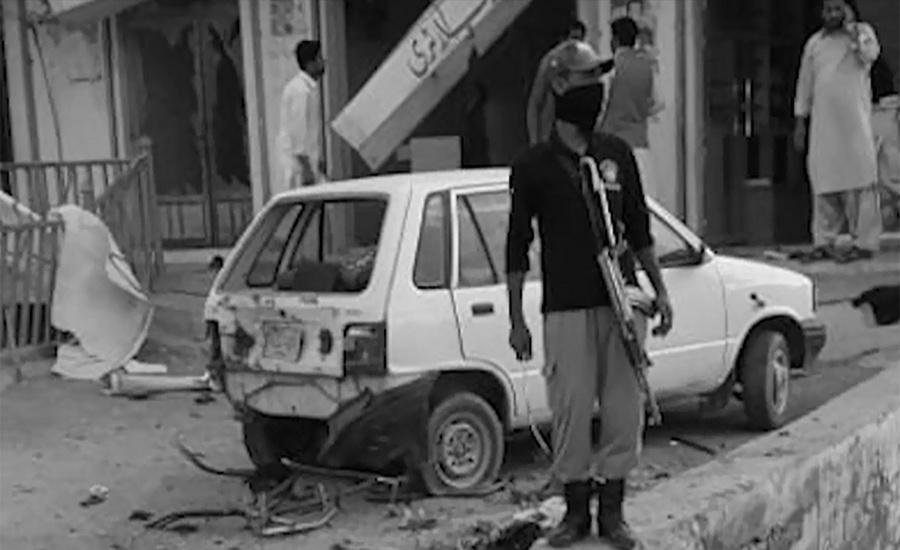 QUETTA (92 News) – A first information report (FIR) of yesterday’s Quetta blast near eastern bypass was lodged in the Counter-Terrorism Department (CTD) police station. According to the reports, the case was registered on the complaint of Bhosa Mandi Police Station SHO against the unidentified men. However, Charges of murder and terrorism have been included in the case. Earlier, at least three people were killed and 24 others sustained injuries after a bomb exploded near eastern bypass in Quetta. It was also reported that the bomb was planted in a motorbike at Sher Jan bus stop near eastern bypass of Quetta. The injured have been shifted to Civil Hospital. The medical superintendent said that the condition of three injured is stated to critical. According to the Bomb Disposal Squad, about 5-6 kilograms of explosive material had been installed in the cycle. Several shops and vehicles were also damaged due to the blast. After the blast, FC and other law enforcement agencies reached the spot and cordoned off the area. Balochistan Chief Minister Jam Kamal strongly condemned the blast. He said that terrorists have neither religion nor nation. “We will bring the terrorists to justice,” he resolved.