DUBAI (92 News) – Lahore Qalandars beat Quetta Gladiators in the seventeenth match of Pakistan Super League season 4 (PSL 4) at Dubai stadium on Wednesday. Lahore Qalandars chased the target of 107-run in 16.3 overs. AB de Villiers top scored for Qalandars, hitting 47 not-out off 38 balls while Haris Sohail remained not-out for 33 as they took Qalandars easily over the finish line in the 16th over. Quetta Gladiators set 107 runs target for Lahore Qalandars. A spell of Lamichhane – a young cricketer from Nepal – from Lahore Qalanadars took four wickets in four overs and gave only 10 runs. Opener Gauhar Ali scored 21 runs before being bowled out by Harry Gurney. Haris Rauf took two wickets for 23 runs for Lahore Qalandars, while Shaheen Shah Afridi and Yasir Shah took one wicket each. 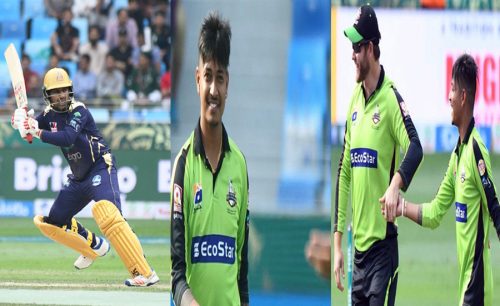 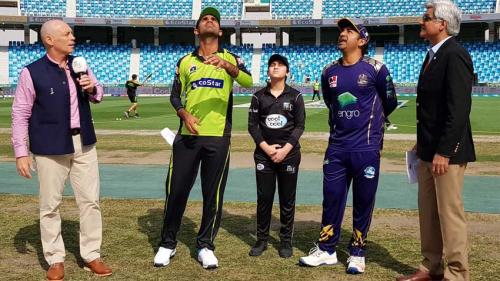