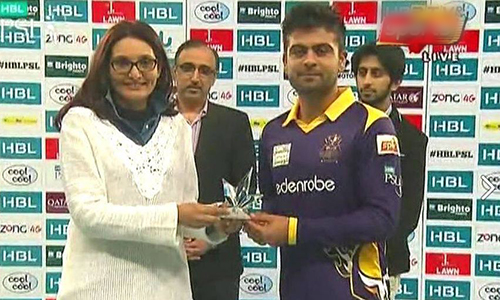 Quetta Gladiators achieved the 148-run target for the loss of two wickets in the 18th over.

Ahmed Shahzad was declared the Man of the Match.

Earlier, Karachi Kings scored 147 for the loss of seven wickets.