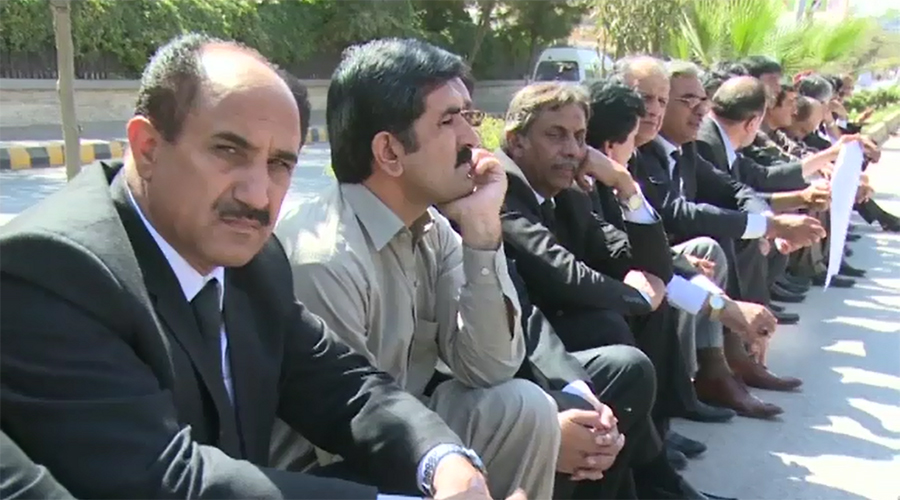 QUETTA (92 News) – On the call of Pakistan Bar Council (PBC), lawyers observed a strike against the Quetta tragedy. Pakistan Bar Council vice-chairman Dr Muhammad Farogh Naseem had appealed the lawyers to observe a countrywide strike, which left 62 cadets martyred and over 165 injured. A shutter down strike was observed on Wednesday in Quetta and other cities and towns of Balochistan in protest against Tuesday’s terrorist attack at a police academy. Flags flew at half-mast at the government buildings as a sign of respect and mourning. The lawyers will hold protest wearing black strips on the arms later in the day. At least 60 people had been killed in an attack on a police training centre in the city of Quetta in Balochistan. Hundreds of trainees were stationed at the facility when the attack occurred late on Monday, and some were taken hostage during the attack, which lasted five hours. More than a hundred people were injured, he said. The death toll could rise as many cadets were seriously injured. The Lashkar-e-Jhangvi (LeJ) claimed responsibility for the attack. The group, which has been outlawed by the government, has been involved in past attacks on security forces.