Quicker weight bearing may be safe with knee cartilage surgery 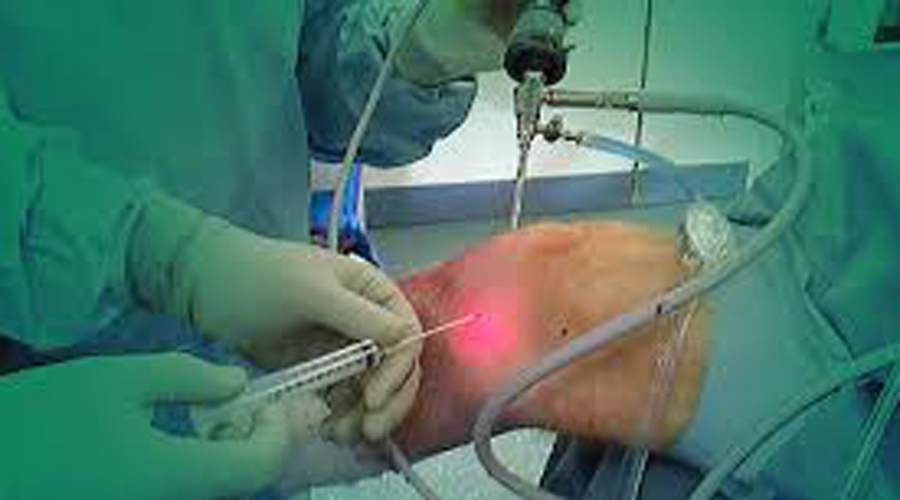 Quicker weight bearing may be safe with knee cartilage surgery

NEW YORK – People receiving a graft of their own knee cartilage cells may be better off returning to full weight bearing after six weeks instead of the standard eight, a small study suggests. Knee surgery patients put on a six-week recovery track were able to get back to work and other activities like sports more quickly, and even reported slightly better results at 24 months than those who had followed an eight-week recovery plan after surgery, researchers report in the American Journal of Sports Medicine. People with damaged cartilage in their knees can undergo so-called matrix-induced autologous chondrocyte implantation, or MACI, surgery to fix the defects that cause pain and swelling. In the two-stage MACI surgery, healthy cartilage is collected from unaffected parts of the damaged knee and sent to a lab where it’s used to grow more cartilage on a scaffold-like material. The surgeon then implants this graft into the damaged parts of the knee where it’s expected to integrate with surrounding cartilage.
Standard practice has been to keep weight off the knee for at least eight weeks and up to three months for fear of damaging the delicate new tissue. But there’s evidence that the forces of weight and movement promote growth by the cartilage cells, the authors write, so putting some weight on the implant earlier might help speed recovery of the knee.
“The regimens employed internationally were very conservative in fear of overloading the early repair tissue and jeopardizing the final outcome,” lead author Jay Ebert told Reuters Health by email. Besides the obvious lifestyle benefits of shorter recovery times, there are clinical benefits as well, said Ebert, of the University of Western Australia in Crawley. Returning to walking more quickly may reduce the amount of muscle lost and the level of joint stiffness after surgery, he said. To explore whether people could heal as well from surgery if they only kept off of their feet for six weeks instead of eight, the study team recruited 37 MACI surgery patients between 2010 and 2014. The participants were randomly assigned to an eight-week return to weight-bearing group or an accelerated six-week recovery group. They answered questions before and after their surgeries about their pain, symptoms, daily functioning and sports ability. At three, six, 12 and 24 months after surgery, participants’ knee function was tested, including flexing, extending and walking abilities. Two years after surgery, the patients had their knees scanned by MRI to assess how well the cartilage had integrated and they answered questionnaires about their satisfaction with the procedure. Overall, the results were good for both groups. There were two cases of graft failure, both in the eight-week recovery group. The two groups had similar results on all tests of knee function, with the accelerated group performing slightly better. For instance their repaired knees, on average, had returned to 94 percent of the peak strength of the undamaged knee, compared to 88 percent in the eight-week recovery group. The MRI scans showed the patients in the faster recovery group had significantly better healing on two out of eight visible measures, compared with the eight-week group. Overall, 83 percent of patients in the eight-week group were satisfied with their surgery, while 88 percent of patients in the six-week group reported being satisfied. “With any new surgical procedure the rehabilitation will tend to be on the conservative side,” said Karen Hambly, a senior lecturer at the University of Kent in England who was not involved in the study. “Taking the patient perspective is important. Why would someone want to be on crutches 2 weeks longer than they need to be?” Hambly said by email. Returning to walking too early can damage the new cartilage, however, Hambly cautioned. “Anyone considering undergoing a cartilage repair procedure should read up on the surgery and the rehabilitation so that they can appreciate the need to protect the new, delicate repair tissue and the need for the post-operative recovery times,” she said. “MACI surgery produces excellent clinical results, very satisfied patients and a durable regenerative cartilage tissue, which also permits a faster return to work and daily activities,” Ebert said. –Reuters