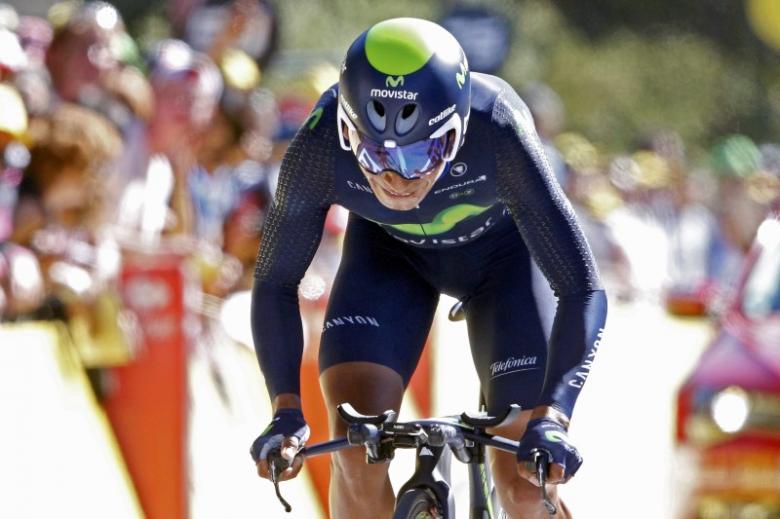 PARIS - Nairo Quintana will embark on a daunting quest for a career-defining Giro-Tour de France double when he sets off against a tough field on Italy's roads.

The Colombian is looking to become the first man since the late Marco Pantani in 1998 to win both three-week races - a feat even Alberto Contador, the greatest grand tour rider of his generation, has found beyond him.

While Contador had already won both races when he last attempted the double in 2015, Quintana has yet to prevail on the Tour, where he has been bested by Britain's Chris Froome.

The 27-year-old Quintana, who rides for Movistar, is full of confidence however as he prepares to battle it out with defending champion Vincenzo Nibali of Italy, France's Thibaut Pinot, Dutchmen Bauke Mollema and Tom Dumoulin and Briton Geraint Thomas.

"The idea is to go for the Giro title - for both titles. I don't know if it's going to come off or not, but we'll try," said Quintana, who won the Italian race in 2014.

"We're on the right track," he added, referring to his overall victory in the week-long Tirreno-Adriatico race in March.

The 100th edition of the Giro starts from Sardinia and features a stage-four finish on the slopes of Mount Etna as well as two ascents of the Stelvio pass on stage 16, where the race could be decided.

Two individual time trials are also on the menu, which could provide Team Sky's Thomas, a former track rider, with chances to gain time on Quintana.

Thomas geared up for the Giro by winning the Tour of the Alps last month ahead of Pinot, who has made the Giro his priority this season ahead of the Tour, where he placed third overall in 2014.

"We've placed a lot of importance on performing well at this race. We have prepared properly for it to give the riders the best chance of making an impact," said Team Sky principal Dave Brailsford.

Sky have two cards to play as they also field Spain's Mikel Landa, who finished third overall in 2015.

Bahrain Merida's Nibali is also among the top favourites even if his only notable performance this season came when he won the low-key Tour of Croatia last month,

The first stage will take the peloton over 206km (128 miles) from Alghero to Olbia.

It is expected to end with a bunch sprint, where Colombian Fernando Gaviria, German Andre Greipel and Caleb Ewan will be favourites to claim the first 'maglia rosa' (pink jersey) of the race. -Reuters