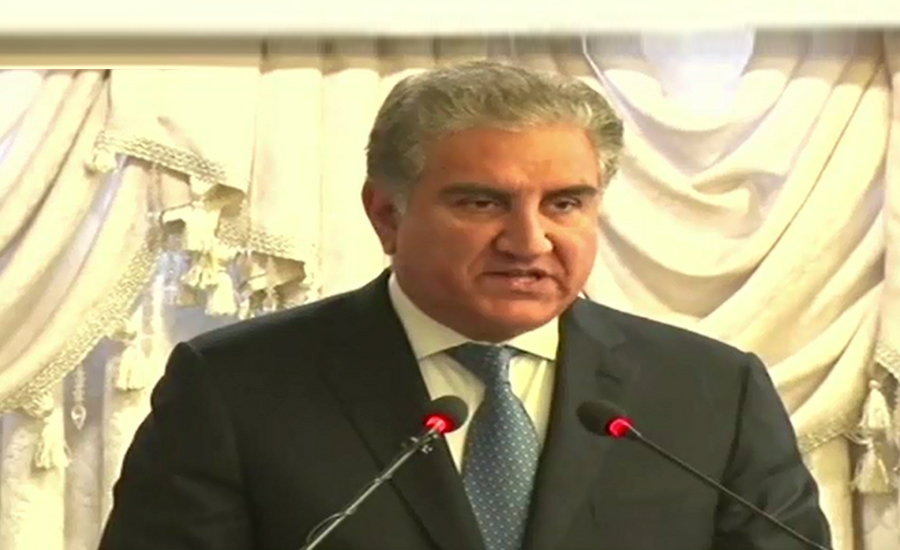 Qureshi apprised him about the critical situation of the Occupied Kashmir and the regional peace and security situation.

The letter stated: “India is committing brutalities on innocent and defenseless Kashmiri people under the draconian laws in the occupied Kashmir.”

It said the United Nations has a responsibility to speak out against these violations, documented by an independent entity such as OHCHR and occurring in a territory recognized by the UN Security Council as disputed.

The letter said the pace of Indian firing and shelling across the Line of Control is picking up again.

Not only these Indian actions violate the ceasefire understanding of 2003 between the two countries, they are causing civilian casualties and leading to heavy damages to the civilian infrastructure.

The letter further stated that the regional peace could face grave danger if sensitive situation in the valley is not taken care of.

"The reports of additional deployment of troops in IoK where around 700,000 Indian army has stationed since several decades is a matter of extreme disquiet."

The FM in his letter asked the UN to stop India from committing state tyranny and human rights violations.