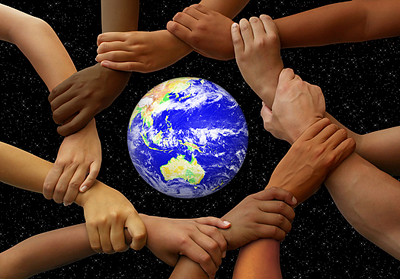 PHOENIX - African American married men have lower odds of meeting federal physical activity guidelines than white married men, according to a new study. “Other studies indicate African American men are less physically active than white men,” so finding that the difference persists within the bounds of marriage is interesting, but not surprising, said Steven Hooker, who studies physical activity interventions for men in midlife at Arizona State University in Phoenix. For the new study, researchers used data collected from 1999 to 2006 for national health surveys. They divided male respondents into married and unmarried categories and compared the number of minutes per week the men reported doing moderate to vigorous physical activity, household or yard work, and walking or biking for transportation. Of more than 7,000 men surveyed, 71% were white and 29% were African American. Black men were less likely to be physically active than white men, regardless of marital status, write the researchers from Emory University in Atlanta and the Johns Hopkins Bloomberg School of Public Health in Baltimore. After accounting for age, income, education and other health factors, the researchers found that African American married men were about half as likely to meet the federal guideline of at least 150 minutes of activity per week as were white married men. Unmarried African American men were about 40% less likely to meet the guideline, they reported March 23 in the American Journal of Men’s Health. African American men may not have the time or financial resources to pursue leisure time activities like tennis, jogging or hiking, said Hooker, who was not involved with the new study. “They may be involved with more blue collar type jobs, but those types may not translate to moderate to vigorous physical activity or be captured by the physical activity measures used in the study,” he told Reuters Health by email. African American men were more likely to earn less that $35,000 per year and to have a 12th grade or lower education level. “Due to challenging working or living conditions or discrimination (perceived or real), African American men may experience greater levels of stress in their lives,” which may lead to stress-relief activities other than exercise, like watching TV or live sports events or just visiting with friends, Hooker said. The African American men were also 14 years younger than the white men in the study, on average. Married and unmarried white men in the study had similar activity levels, which suggests marriage is not strongly related to activity for men, said Robert W. Jeffery, a professor of epidemiology and community health at the University of Minnesota in Minneapolis. “The government recommended levels of activity are quite modest, but a lot less than optimal,” Jeffery told Reuters Health by email.“So almost everyone should exercise more if they want optimal health.” It’s not clear if singling out African American men for special treatment would be an improvement, said Jeffery, who was not involved with the new study. “Due to the very low levels of health-enhancing physical activity accumulated by all of the demographic subgroups within the US, ongoing efforts should be made to encourage physical activity among all men regardless of race or marital status,” Hooker said. - Reuters