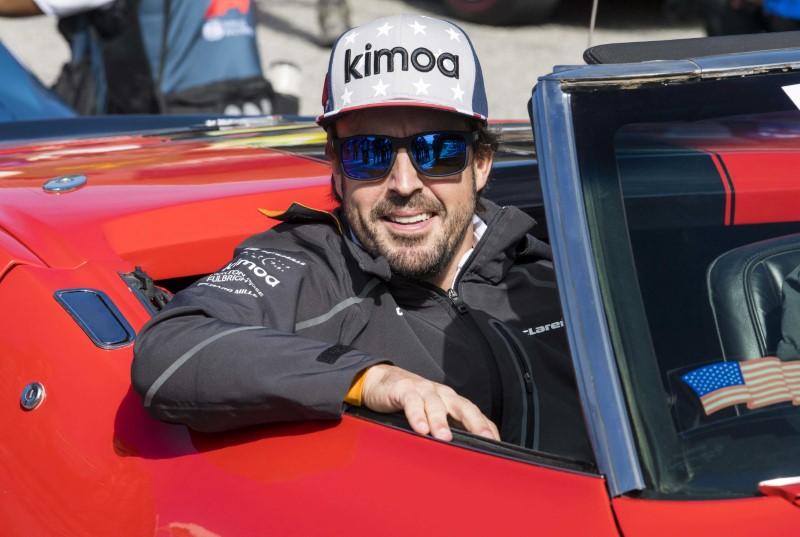 MANAMA (Reuters) - Twice Formula One world champion Fernando Alonso and seven-times NASCAR champion Jimmie Johnson announced in a playful video that they will swap rides at the Bahrain International Circuit a day after the end of the F1 season. Spaniard Alonso, who will retire from F1 after the season finale at Abu Dhabi on Nov. 25, has wasted little time exploring new ways to fill his time behind a steering wheel. He has received invitations from just about every major world motor racing series from IndyCar, to Formula E and NASCAR as he ponders his racing future. Alonso and Johnson announced the joint test in a video that ended with both drivers teasing each other to say at the same time; “Will you let me drive your car?” The answer is “yes” with Alonso getting his hands on Johnson’s Hendrick Motorsports number 48 Chevrolet and the American jumping into the Spaniard’s McLaren. Alonso’s future plans have generated much speculation. He has made no secret, however, about his goal of completing motor racing’s “Triple Crown” of wins at the Monaco Grand Prix, Le Mans 24 Hours and Indianapolis 500. Twice triumphant at Monaco and winner of the Le Mans 24 Hours sportscar race this year, Alonso needs victory in the Indianapolis 500 to become only the second driver after the late Briton Graham Hill to claim motorsport’s prestigious triple crown. He competed at Indianapolis last year and led before his car’s engine expired.