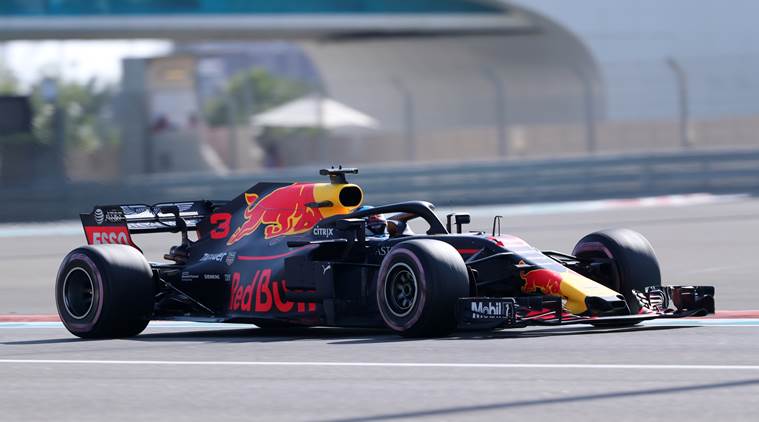 ABU DHABI (Reuters) - Valtteri Bottas kept up his hopes of ending the year on a high after setting the fastest lap in practice for Formula One’s season-ending Abu Dhabi Grand Prix. The Mercedes driver, still winless in 2018 while team mate Lewis Hamilton has taken 10 victories and clinched a fifth title with two races to spare, lapped the floodlit Yas Marina circuit with a best time of one minute 37.236 seconds. Bottas won last year’s finale from pole position and also set the fastest lap. “It’s nice to be on top of the timesheets, but we now need to build on that, we need to try and make the right set-up changes and I also need to find more performance from myself,” he said. Red Bull’s Max Verstappen, fastest in the first session with a lap of 1:38.491, was second fastest in the evening and 0.044 slower than the Finn. The 21-year-old Dutch driver damaged his car on a kerb, requiring repairs. “The car seems to be working really well again, better than expected just like we experienced in Brazil,” said Verstappen, who was runner-up in that race two weeks ago. “I would expect this to be another circuit where tyre management is key to a good result, hopefully it plays into our hands again. Both long runs and short runs look good for the tyres so I’m pleased with how it has gone so far.” Australian Daniel Ricciardo, in his last race with Red Bull before leaving for Renault, was second and third respectively in the sessions. With both titles already won by Mercedes for the fifth year in a row, Sunday’s race should be a no-holds barred battle for victory without team orders or other considerations. Verstappen, at the centre of attention in Brazil after a collision with Force India back-marker Esteban Ocon that cost him victory and led to a post-race confrontation, can on Saturday become the sport’s youngest driver to take pole position. Hamilton was fourth in both sessions. “Red Bull looked quick today, they’re usually fast in practice and in the race, so I have no doubts it will be the same this weekend,” said the Briton, who replaced his usual number 44 with a one on his car for the first stint. The Briton won in Brazil despite concerns his car’s engine was about to fail. He used the same engine for practice, after the team found a failure in the variable inlet system that caused unstable combustion, with some permitted hardware changes. Trackside engineering director Andrew Shovlin said everything looked normal after the two sessions. Ocon was fifth fastest in the afternoon, in what looks likely to be his last race for a while with Canadian Lance Stroll set to take his place. Ferrari’s Kimi Raikkonen, preparing for his last race with the team before joining Sauber, and season’s runner-up Sebastian Vettel were seventh and eighth in session one and then fifth and sixth. McLaren’s double world champion Fernando Alonso had a special livery on his car, matching his helmet colours, for his last race before leaving Formula One. Poland’s Robert Kubica, announced on Thursday as a 2019 Williams driver, was also on track testing car developments and without chasing a quick time in first practice. He was last on the timesheets, more than four seconds slower than Verstappen. Sauber’s Marcus Ericsson, also moving on after Sunday’s race, spun at turn one and hit the barriers in the afternoon.