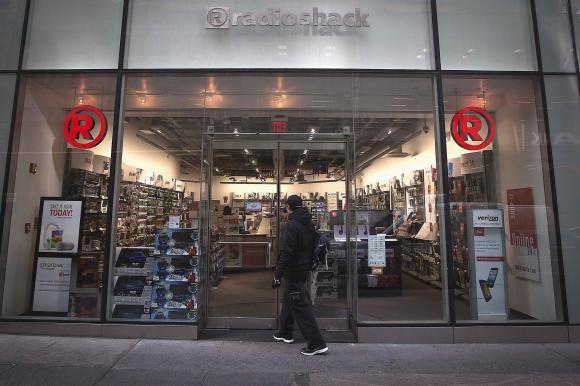 (Reuters) - Electronics retailer RadioShack Corp (RSHC.PK) filed for U.S. bankruptcy protection on Thursday and said it had a deal in place to sell as many as 2,400 stores to an affiliate of hedge fund Standard General, its lender and largest shareholder. Wireless company Sprint Corp (S.N) would operate as many as 1,750 of those stores under an agreement with Standard General, Sprint said separately. RadioShack's bankruptcy, which has been expected for months, follows 11 consecutive unprofitable quarters as the company has failed to transform itself into a destination for mobile phone buyers. But its sale agreement with Standard General could spare it the fate most retailers suffer in Chapter 11, liquidation. RadioShack said in a statement that the Standard General affiliate, called General Wireless, would acquire between 1,500 and 2,400 of its 4,100 stores. Sprint would occupy about one-third of each RadioShack store, selling "mobile devices across Sprint`s brand portfolio as well as RadioShack products, services and accessories," Sprint said in its statement. Other potential buyers will also have the opportunity to bid on RadioShack assets. Any deal will need approval by the U.S. Bankruptcy Court in Delaware, so nothing is etched in stone. Sprint's chief executive, Marcelo Claure, in a statement said the deal will "allow Sprint to grow branded distribution quickly and cost effectively." In an interview with Reuters earlier on Thursday, Claure said RadioShack had "incredible store locations," and he was keen to acquire some to cut down on long waits at Sprint's current stores. "Customers have to wait one or two hours to get a phone and that’s not acceptable," Claure said. A spokesman for Standard General did not respond to a request for comment. RadioShack, with 21,000 employees, $1.2 billion of assets and $1.39 billion of debts according to court papers, said it also has an agreement with a lender group led by DW Partners for a $285 million loan to operate in bankruptcy. OTHER RESTRUCTURING MOVES The Standard General deal is only a piece of its restructuring efforts. RadioShack has a deal with liquidation firm Hilco to shutter as many as 2,100 underperforming stores and said it has already begun discussions with other potential buyers to acquire the rest of its assets. "These steps are the culmination of a thorough process intended to drive maximum value for our stakeholders," RadioShack Chief Executive Joe Magnacca said in the statement. The chain's more than 1,000 dealer franchise stores, its Mexican subsidiary and its Asian operations are not part of the bankruptcy, it said. RETAIL BLUES Fort Worth, Texas-based RadioShack, a 95-year-old company that began as a mail-order radio service, hopes to avoid liquidation, the fate many bankrupt retailers suffer due to laws that give them little time to decide whether to keep or break leases. Recent retailers that met their demise in bankruptcy include Loehmann's Inc and Borders Group, which were sold to liquidation firms, and Coldwater Creek. RadioShack over the past year tried to avoid bankruptcy by closing 400 stores and reducing workforce by 19 percent, court documents show. It changed its logo, reduced store clutter and tried to connect with tech-savvy shoppers through brighter "concept stores" featuring interactive displays. But as the company's public struggles went on, vendors lost confidence, RadioShack's chief financial officer, Carlin Adrianopoli, said in a court statement on Thursday. "RadioShack's operating losses have been well documented, which has caused many vendors to alter their relationships with the company," Adrianopoli said.RadioShack had hoped to ramp up store closures but butted heads with lenders who would not agree unless RadioShack prepaid a chunk of its debt and agreed to other concessions.