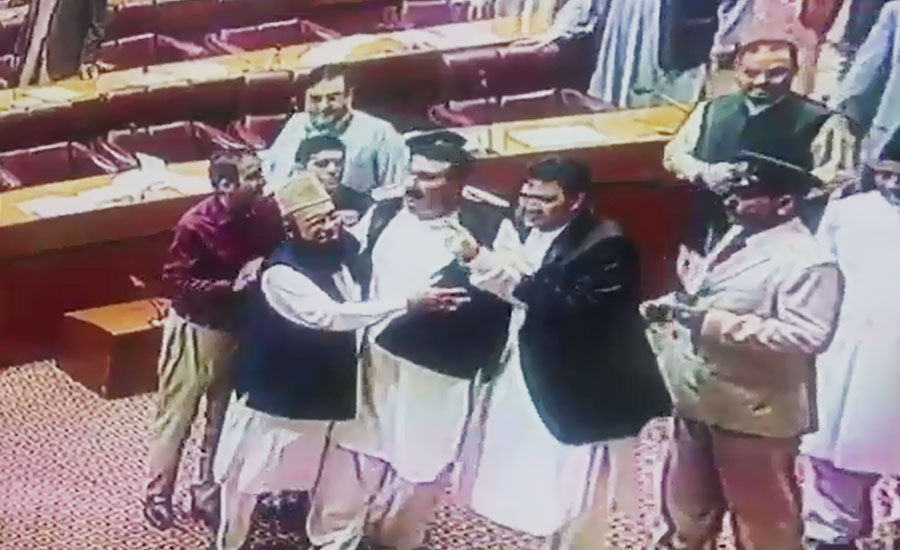 ISLAMABAD (92 News) – Pakistan Peoples’ Party (PPP) Member of National Assembly (MNA) Syed Rafiullah and Pakistan Tehreek-e-Insaf’s (PTI) MNA Abdul Majeed Khan on Monday exchanged hot words and nearly got into a physical altercation during the NA session. It is pertinent to mention here that the quarrel began after PPP MNA Shazia Marri termed the deal finalised between the government and protesters, who protested the acquittal of Asia Bibi for three days last week, as a surrender document. Meanwhile, both the leaders exchanged harsh words after the opposition criticised the agreement reached between the government and religiopolitical groups. 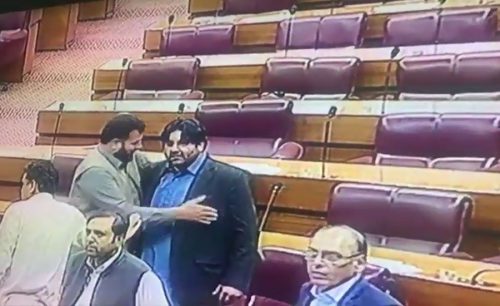 Getting angry over some remarks uttered by PTI’s Khan – which could not be heard in the galleries due to noise – Rafiullah was seen charging towards the PTI MNA, but he was physically stopped by a number of lawmakers. 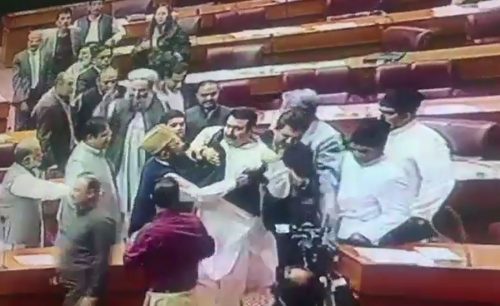 The speaker called the sergeants-at-arms to expel both members from the house. However, after failing to control the situation, he adjourned the sitting till Tuesday morning. However, the Senate session also called on Tuesday on three-point agenda.