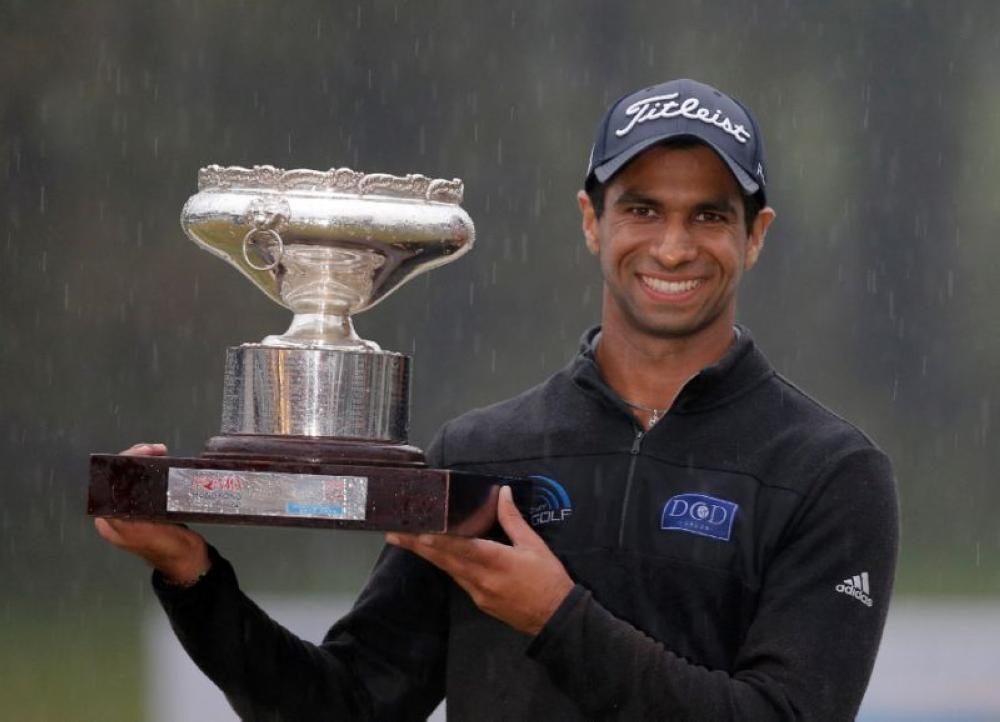 HONG KONG (Reuters) - Aaron Rai held off a hard-charging Matthew Fitzpatrick to claim the Hong Kong Open by a solitary shot and secure his first ever European Tour win in pouring rain at Fanling Golf Course on Sunday. The Englishman needed all of his six-shot overnight lead to edge out compatriot Fitzpatrick as the 23-year-old’s 17-under par total, courtesy of a one-under par final round, secured him victory in the first event on the 2019 European Tour calendar. “It felt a little bit different today,” Rai told reporters of the European Tour breakthrough on his second appearance at Fanling. “It’s nice, winning in the past, and that helps you to expect or know the situation you’re going to have, but it did feel a little bit different today in terms of just how big the event is and the attention of the people. “Also, playing with two real world class players in terms of Tommy Fleetwood and Matt Fitzpatrick. The more you play against world class guys like that, you kind of expect them to come at you and never make it easy. “You have to repeat the same messages as you go along the way, consolidate and stay patient and really just focus on your own game.” Fitzpatrick put Rai under pressure throughout the final day’s play as he emerged from the chasing pack to hit a six-under-par 64 to finish five shots clear of third-placed pair Jason Scrivener of Australia and Frenchman Victor Perez. The Sunday charge saw Fitzpatrick move to within a shot of the lead with two holes remaining before a bogey at the 17th, when he missed a four-foot par putt, effectively ended his title bid as Rai took a two-shot lead down the last. That cushion meant a bogey on the final hole was good enough for Rai to secure the $333,330 first prize with a victory on the main European circuit after three triumphs on the Challenger Tour. Former U.S. Masters champion Sergio Garcia was unable to build on his impressive third round and a final day level-par 70 left him tied for sixth place with fellow Spaniard Rafa Cabrera Bello and India’s Shubhankar Sharma on nine-under par. British world number nine Fleetwood, who held a share of second place overnight, saw his challenge fall apart on Sunday as his three-over par round left him in a five-way tie for 14th.