Raikkonen happier than ever at Ferrari 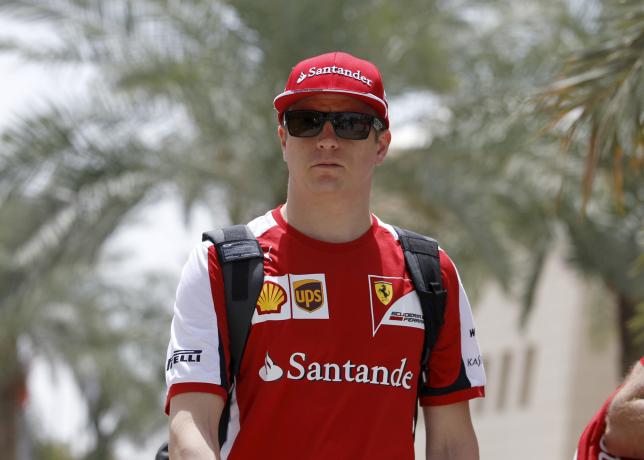 Raikkonen happier than ever at Ferrari

MANAMA - Kimi Raikkonen is enjoying being at Ferrari more than ever this season. "I must say, in the past when I was here at Ferrari they were good times and it was a good atmosphere," the Finn, whose 2007 title makes him the Italian team's most recent Formula One champion, told reporters at the Bahrain Grand Prix on Thursday. "But this year is the best that I have had in any team; how the team works together, how people work together, how the atmosphere is and how things are being run. That tells you a lot. I'm very happy." Raikkonen took two years out of Formula One to go rallying in 2010 and 2011 before returning to Lotus and then Ferrari last year. He also won races for McLaren after starting out with Sauber. The 35-year-old's contract expires at the end of 2015 but Raikkonen has a good relationship with four times world champion Sebastian Vettel, who joined from Red Bull this year. Vettel has ended up on the podium in all three races so far this season, and won in Malaysia for the team's first victory since 2013, as a revived Ferrari take the fight to world champions Mercedes after finishing fourth overall last year. Raikkonen, who recently became a father to a baby boy, has also looked much more competitive than last year even if he has yet to return to the podium. Asked whether he would like to stay on at Ferrari, under the new management of Maurizio Arrivabene, the Finn said it was not up to him. "The team has to decide that," he said. "Time will tell what will happen. I'm happy with how things are running." Vettel told reporters separately that Raikkonen remained a force to be reckoned with. "He's doing a very good job, he has been in the past. Last year it wasn't noticed so much, but inside the team it was, and it was a lot closer than people remember between him and Fernando (Alonso)," said the German. "I don't know the details of his contract. It's in his hands if he wants to carry on in Formula One," he added. "There is plenty of interest for a fast driver like him, with the experience he has." - Reuters