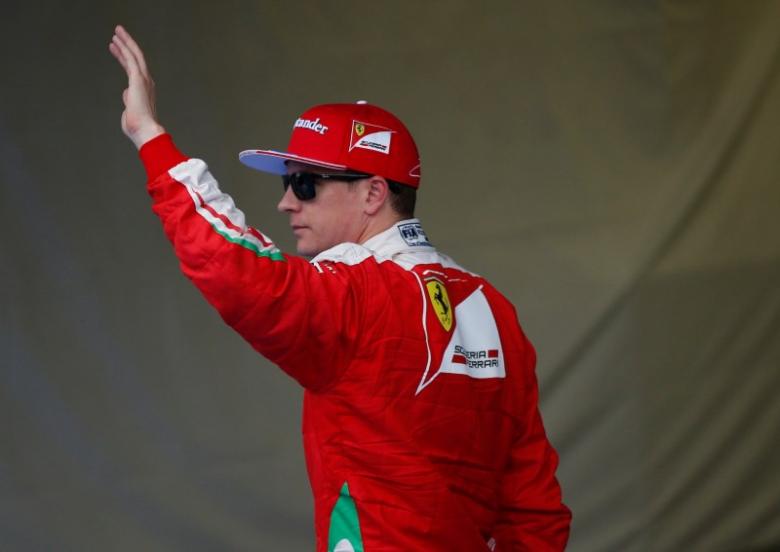 SUZUKA - Ferrari's Kimi Raikkonen will start Sunday's Formula One Japanese Grand Prix from eighth on the grid after collecting a five-place penalty for an unscheduled gearbox change. The Finn had been set to start third after qualifying behind the dominant Mercedes pair of pole-sitter Nico Rosberg and Lewis Hamilton and had hoped to cap a strong weekend for his team with a podium finish. Instead, the 2007 world champion will now line up alongside Romain Grosjean's Haas on the fourth row of the grid. The rules require a driver to use a single gearbox for six straight races. Raikkonen's penalty allows Red Bull's Max Verstappen and Daniel Ricciardo to lock out the second row, boosting their hopes of challenging for victory a week after the duo scored the team's first one-two finish since 2013 in Malaysia. Raikkonen's Ferrari team mate Sebastian Vettel, already set to start seventh having collected a grid penalty for shoving Rosberg into a spin at the start of the last race at Sepang, will move up a place to sixth. Elsewhere, McLaren's Jenson Button will drop from 17th to the back of the 22-driver grid after picking up a 35-place penalty for fitting his car with a completely fresh power unit. -Reuters