Railway being run by its own revenue, claims Sheikh Rasheed 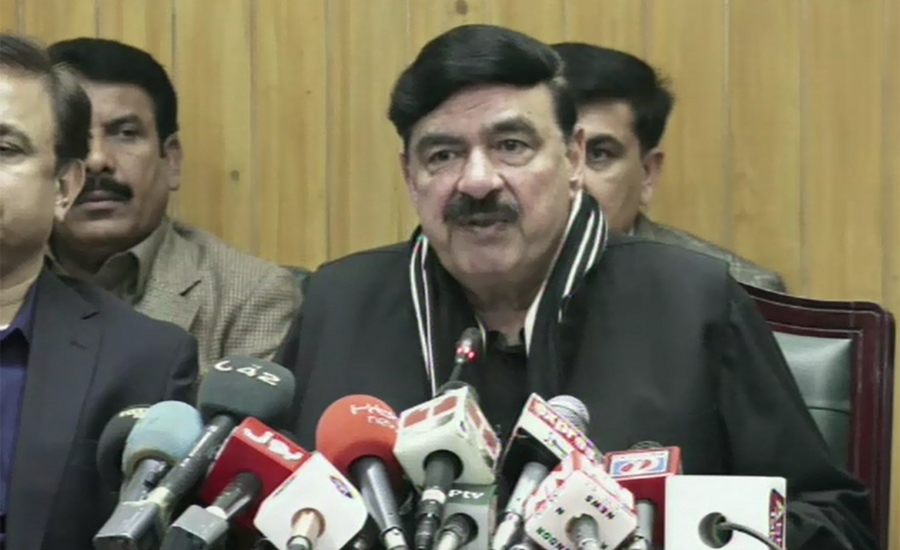 Railway being run by its own revenue, claims Sheikh Rasheed

LAHORE (92 News) – Federal Minister for Railways Sheikh Rasheed has claimed that they have stabilized the railway that is being run by its own revenue. Addressing a press conference at Railways Headquarters on Saturday, he said that it is legal right of the prime minister to hold the elections when he wants. “Early elections will make no difference,” he said. “Shehbaz Sharif is hankering after the deal. I would have not applied for the bail after my arrest had I been provided facilities like Shehbaz Sharif.” The minister said that the Pak Army stands by the government and supports all its policies. “In the past governments, the civil-military differences emerged due to Dawn Leaks, Ajmal Qasab and foreign calls,” he said. He said that he had not talked about the deal of Nawaz Sharif and Maryam Nawaz. Sheikh Rasheed said that the PTI people should be awarded double punishment if they found involved in corruption. The minister announced that Rahman Baba Express will be launched at 10am on December 23. He said that about 8-15 trains will also be launched. “The sale of tickets has increased by 120 percent. The money gained through the sale of iron will be spent on the improvement of tracks,” he declared. The minister said that the railway has planed 250,000 saplings. “I will make 100-day performance public on December 25,” he said.