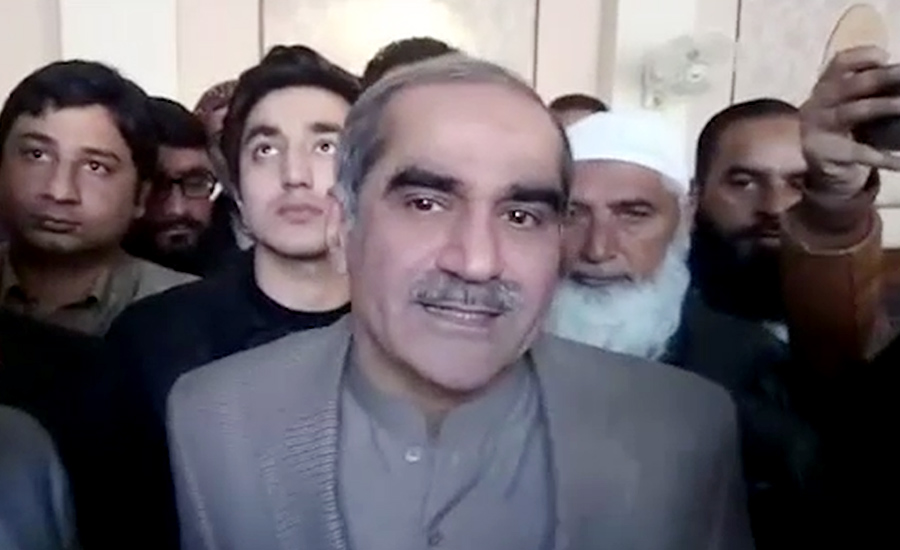 LAHORE (92 News) – Former railways minister Khawaja Saad Rafique’s counsel on Wednesday submitted a reply to the audit para on monetary losses suffered by Pakistan Railways in the Supreme Court Lahore Registry. A three-judge bench of the apex court in Lahore registry headed by Chief Justice of Pakistan Justice Mian Saqib Nisar and comprising Justice Umar Atta Bandial and Justice Ijazul Ahsan heard the suo moto case regarding to monetary losses suffered by Pakistan Railways. The National Accountability Bureau (NAB) presented Rafique before bench. During the hearing, the Pakistan Muslim League-N (PML-N) leader’s counsel submitted a reply to the audit para pertaining to losses in the railways. The counsel said that no corruption or irregularities have been mentioned in the audit paras. To reply, the chief justice remarked that there have been losses. “Before me, federal government used to pay Rs58 million as pension funds and during my time, railways gave Rs21 million as pension. Kindly appreciate me this time,” Rafique replied. At this, Justice Nisar said, “You will be appreciated when the matter is resolved.” On the one side, Saad Rafique admired himself in front of media after his appearance and other hand he leveled allegations on the current Railways Minister Sjeikh Rasheed. The former minister regretted that Shiekh Rasheed misreported before the SC, advising that the minister should avoid from jealousy. Khawaja Saad Rafique also expressed satisfaction on the behavior of the NAB with him and objected on the law of the NAB. Rafique has been in NAB’s custody since November 11 in connection to the Paragon Housing Society case. On April 7, the top judge had taken a suo motu notice of alleged Rs60 billion corruption in the Pakistan Railways. The top judge had also summoned railways minister, secretary and board members along with the audit report.