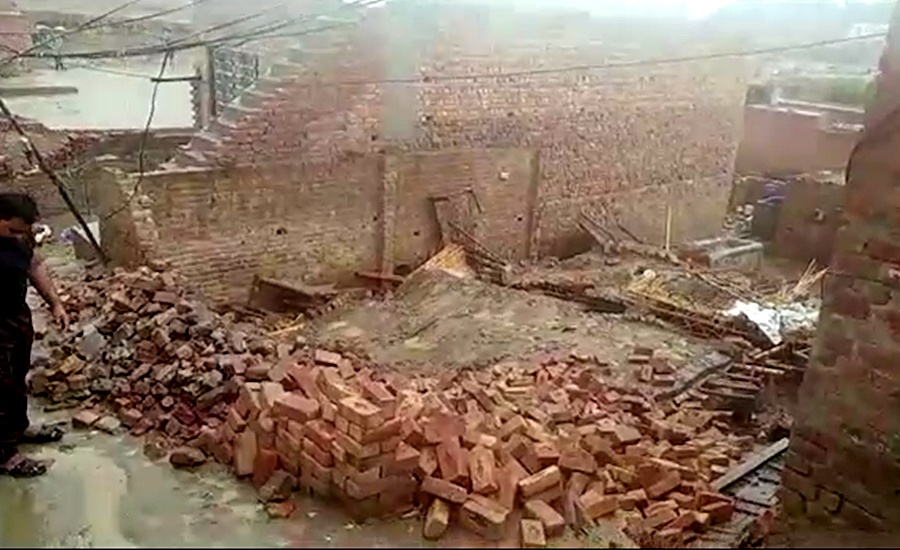 LAHORE (92 News) - Seven members of a family were killed after the rain-affected roof of a house collapsed in Kot Abdul Malik area of Sheikhupura on early Wednesday.

Rescue 1122 and police said they responded to an emergency call to find the roof a house caved in and people trapped inside the debris.

With the help of locals, rescuers removed the debris and pulled the bodies of a couple and their five children.

The structure of the property collapsed apparently owing to long-lasting downpour, rescuers established.

The funeral prayer of the deceased will be offered after Zuhar prayer.

In another incident, a minor girl was killed in another roof collapse tragedy in Ghakkhar village on Defence Road.

Locals and rescuers, however, managed to recover the other girl safely from debris.

One of the doors of Shahi Qilla (Lahore Fort) damaged because of rain is being repaired.

The downpour that lashed Lahore and its outskirts for several hours on Tuesday badly affected the routine life of citizens.

The Water and Sanitation Agency (WASA) officials have got most of rain water cleared from city roads.