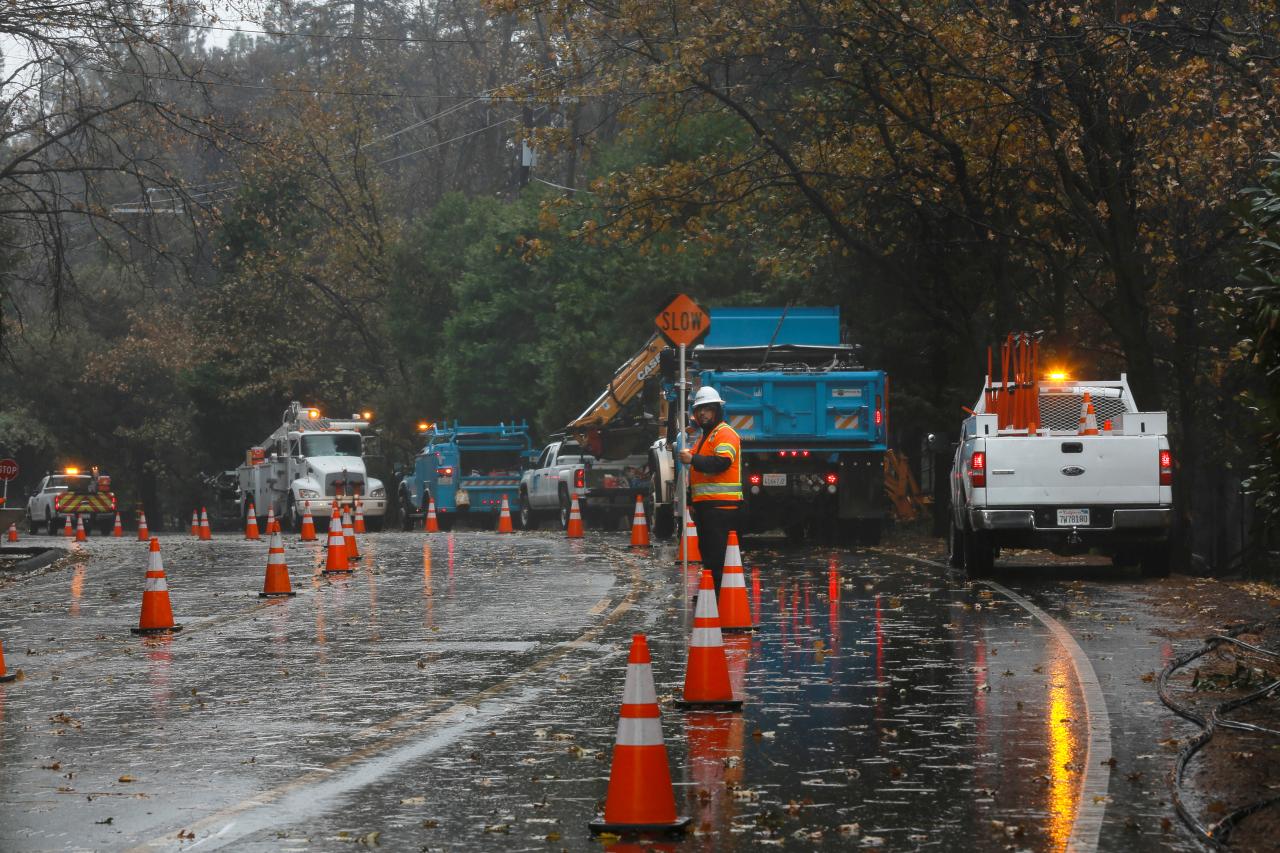 CALIFORNIA (Reuters) - Teams searching for remains from the deadliest wildfire in California history were able to comb through wreckage in dry weather , but rains are expected to return next week and officials warned of a threat of mudslides. The so-called Camp Fire all but obliterated the mountain community of Paradise, 175 miles (280 km) northeast of San Francisco, on Nov. 8, killing at least 84 people and destroying nearly 14,000 homes. Some 475 people from Paradise and surrounding communities remain unaccounted for, according to the Butte County Sheriff’s Office. Hundreds of police officers and volunteers have searched in and around Paradise since the fire swept through the area. The 2 to 3 inches (5 to 8 cm) of rain that fell there during the last few days turned ash from the thousands of destroyed homes into slurry, complicating the work of finding bodies reduced to bone fragments. Butte County Sheriff Kory Honea has warned that remains of some victims may never be found. Teams resumed their search , Butte County Sheriff’s Office spokeswoman Miranda Bowersox said, ahead of more rains that are expected to start on Wednesday. A total of 2 to 3 inches (5 to 8 cm) of rain is forecast for areas burned by the Camp Fire from Wednesday , said meteorologist David Roth of the federal Weather Prediction Center. Rainfall earlier this week did not trigger any large debris flows, but Roth said the danger of a mudslide will remain far into the future for hillsides that flames have stripped of vegetation. “Any heavy rain event really for the next few to several years would be a problem there,” he said. Authorities said they would lift evacuation orders in some areas south of Paradise . The city of Paradise was a popular destination for retirees, with people ages 65 or older accounting for a quarter of its 27,000 residents. Most of the victims of the fire identified so far were of retirement age. With help from rainfall, firefighters have contained 98 percent of the blaze, which torched 154,000 acres (62,000 hectares) - an area five times the size of San Francisco, officials said. Investigators have yet to determine the cause of the fire. Thousands of people forced to flee Paradise spent Thanksgiving in warehouses in the nearby city of Chico, or with friends or relatives in nearby towns.