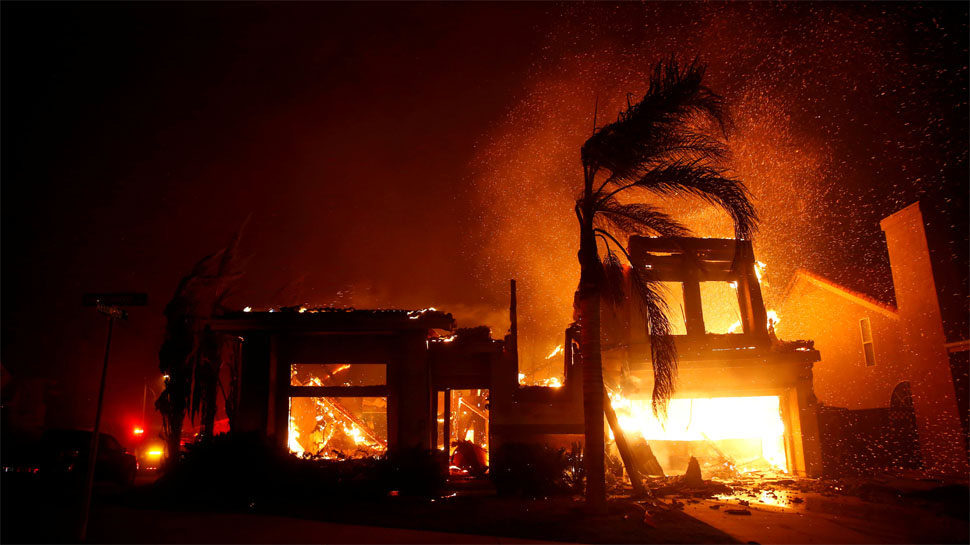 CALIFORNIA (Reuters) - Steady rain in northern California doused the state’s most deadly wildfire but it turned ash from thousands of destroyed homes into slurry, complicating work to find bodies reduced to bone fragments. The so-called Camp Fire virtually obliterated the city of Paradise, located 175 miles (280 km) northeast of San Francisco, on Nov. 8, killing at least 84 people and destroying nearly 14,000 homes. Over 600 people from Paradise and surrounding communities remained unaccounted for, according to a list provided by the Butte County Sheriff's Office. Drone footage provided by the town of Paradise to help residents see if their homes survived showed how fire leapt from house to house in the mountain community of 27,000. Darrel Wilken, 51, a nurse at the town’s partially destroyed hospital, said emergency workers told him they were having difficulty collecting human remains after 3 inches of rain turned the ash of burned home sites into slurry. “The remains, some of them are just going to wash away, because they are just ash,” said Wilken, who fled the blaze with three patients in his car. “It’s grim to think of, but they may never find a large portion of the people missing.” A further 1 to 3 inches (2.5-7.5 cm) of rain is expected to fall between Friday and Sunday, the National Weather Service (NWS) said. “Flash floods and debris flows will be a particular threat in the wildfire burn areas,” the NWS said in a notice warning of the risk of flash floods. Paradise was a popular destination for retirees, and two-thirds of the victims named so far were aged over 65. Butte County Sheriff Kory Honea has warned that remains of victims may be “very small bone fragments,” and some may never be found. Firefighting teams had contained 95 percent of the blaze, which torched 154,000 acres - an area five times the size of San Francisco, said Andrew Freeborn, a spokesman for the California Department of Forestry and Fire Protection. “The precipitation is a positive,” said Freeborn, adding that specialists were monitoring for flash floods or mudslides that could endanger firefighters. Thousands of people forced to flee Paradise spent Thanksgiving in warehouses in the nearby city of Chico, or with friends or relatives in nearby towns. Wilken visited his children for the first time since he called them the day of the fire and told them he thought he was going to die. He credits his survival to sweeping burning pine needles off the hood of his car as other vehicles caught fire. “I’m emotionally traumatized by what happened,” said Wilken, who keeps in close contact with co-workers, some of whom lost family, to help work on his grief.