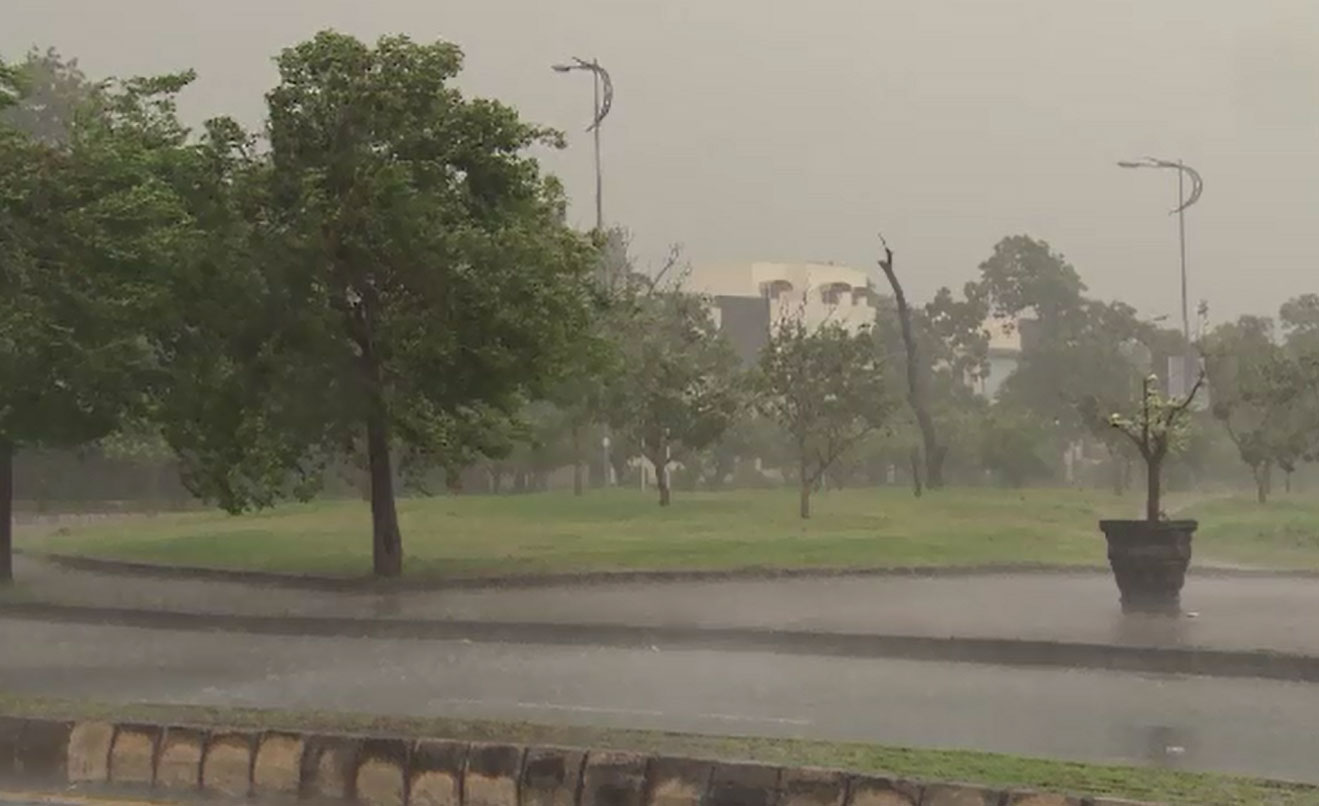 LAHORE (92 News) – Prolonged scorching heat has subsided as new spell of rains continued to lash parts of Punjab. Masses suffering from scorching heat for the last few days were relieved when the rain hit different areas of Punjab including Faisalabad and Lahore. Multiple areas in various cities of Punjab received light rainfall during the early hours of Saturday. Cities that experienced drizzle during the early morning hours include Faisalabad Lahore, Sahiwal, and Chiniot. After the rainfall, the temperature dropped in the different areas of Punjab. Some parts of Lahore were received light rain but the heavy cloud changed the weather in all over the city. The citizens of Lahore enjoying the pleasant weather today. The drizzle came as a relief, breaking the prevalent hot spell across the country. The Pakistan Metrological department (Met) forecasts that most of Pakistan's eastern side and upper western areas can expect pleasant weather today. The Met Office stated that Light rain has been forecast in Islamabad, Rawalpindi, Lahore, Gujranwala, Sargodha, and Multan today, as well as in northern Khyber Pakhtunkhwa, Kashmir, and Gilgit-Baltistan. In next 24 hours, the rain-thundershower and duststorm/gusty winds are expected in all over the country.