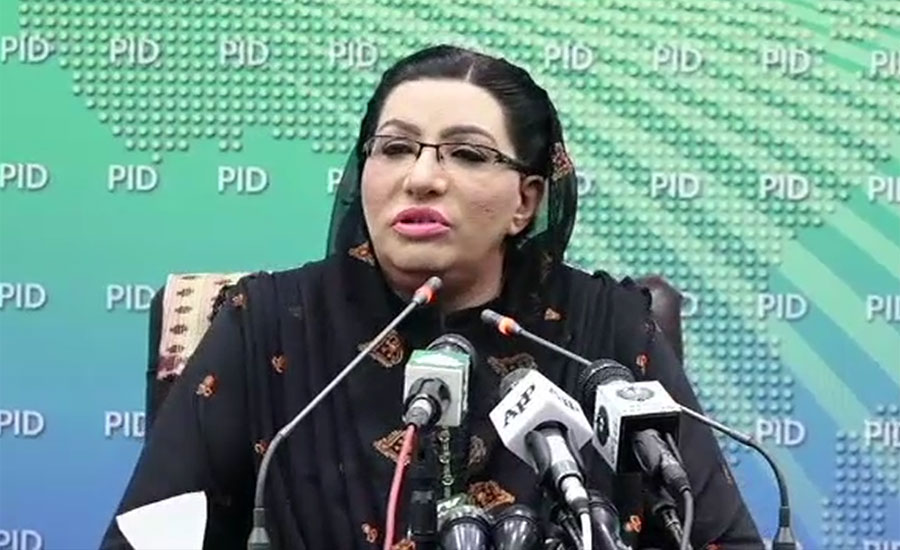 ISLAMABAD (92 News) – The federal cabinet has decided to take steps to compensate immediately for the losses due to rains in Karachi, Hyderabad. Talking to the media after the federal cabinet on Tuesday, she said that the recent rains have exposed the performance of the Sindh government. She said that the cabinet had appreciated Chief Justice Asif Saeed Khosa for deciding the cases pending in courts for several years. “Prayers were offered for the people martyred in the aircraft crash and attacks from across the border,” he said. Firdous Ashiq Awan said that the cabinet had also approved the formation of a committee to provide legal and financial assistance to prisoners. “It also approved amendment to the Rules of Business. The PM has also ordered investigations into an increase in the prices of ‘roti’ and ‘naan’,” he said. She said the prime minister has directed the ministries to give proposals for facilitating the common people. “A committee has also been formed to improve conditions in jails and collect data of destitute prisoners including juvenile prisoners languishing in jails.” The special assistant said that the committee would give recommendations for jail reforms agenda and the government would provide free legal assistance to such prisoners. “The government will finalize the jail reforms in collaboration with the provincial governments.” She said that the cabinet approved establishing of National Commission for Protection of Children Rights. Firdous Ashiq Awan said that the cabinet also expressed commitment to continue efforts to widen the tax net and appreciated the measures taken by the Federal Board of Revenue in this regard. To a question she said that JUI-F chief Maulana Fazlur Rehman is fulfilling his personal agenda in the garb of religion. “Madrassah reforms are being introduced to impart modern education along with religious education to the seminary students,” she concluded.