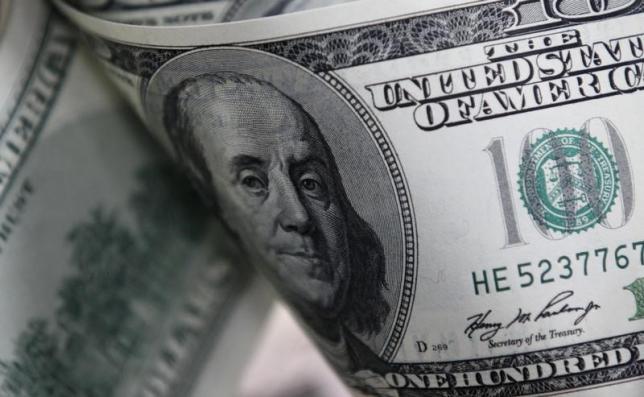 LONDON - Americans and Britons bracing for their first interest rate rises in almost a decade are puzzled: why are rates about to go up when there's no inflation? Both the Federal Reserve and Bank of England are proclaiming that they are on the cusp of raising interest rates for the first time in almost a decade. It may take a few months, but the message they are sending still heavily-indebted households either side of the Atlantic is clear: 'be warned'. It's not hard to see why near-zero interest rates should be 'normalised' when you do a quick economic health check. After years in the post-credit crisis doldrums, both economies are now growing at brisk annual clips of between 2 and 3 percent. Jobless rates are near long-term averages of less than 6 percent. Real estate and financial asset prices have raced higher over the past couple of years. The problem is that annual consumer price inflation rates are zero in Britain and just 0.1 percent stateside, far below the 2 percent consumer price growth targets both have committed to in one form or another as a policy guide. Even the Fed's favoured inflation measure - the index of personal consumption expenditures (PCE) - is running as low as an annual 0.3 percent. The policy mantra for much of the year has been that headline inflation was artificially depressed by the collapse of energy and raw materials prices in late 2014. Once these stabilised - as they did through the spring - then the assumption was these base effects would wash out of CPI indexes and reveal far livelier 'core', largely domestically driven, price rises pushing headline inflation back toward its target. In other words, central banks would face down what they saw as a temporary drop in headline inflation, focus on core price developments and pull the interest rate trigger anyhow. The 'core' PCE for the United States is indeed punchier. But, at just 1.3 percent, it's still well below target rates. 'Core' UK inflation also remains less than 1 percent. It's further complicated this summer, not least because the bursting of a stock bubble in Shanghai has stoked intense anxiety about the slowing Chinese economy. The result has been another tailspin in commodity prices. Oil has lost a further 20 percent since the start of July and the Commodity Research Bureau's broad index of raw materials prices has fallen to its lowest in 12 years - below even its level at the trough of the Great Recession of 2008/2009. The upshot is headline inflation rates are likely to remain depressed for far longer. While that may not be a disaster, the economy is flirting with an equally destabilising bout of deflation that could feed on itself by delaying consumer purchases, weighing down nominal wage settlements and complicating long-term debt servicing. WIDE OF THE MARK If the Fed and the BoE are going to raise interest rates into that, they will have to explain why they are seemingly jumping the gun and why they have 2 percent inflation targets at all. For the Fed - which has had a poor record since the 1970s in assessing the level of economic slack in real time - there is a fear that it may be missing something crucial yet again following the credit crisis. Lousy wage growth data in the second quarter and disruptive developments in China speak loudly to that. But there's widespread market suspicion even after years of zero rates and quantitative easing that the Fed may be too eager to 'normalise'. Whatever the timing of the first U.S. rise, market expectations of where official interest rates will be in two years' time are half the 3 percent the Fed itself forecasts. "Since 2009, the Fed has been persistently over-optimistic about growth and has a persistent tendency to predict interest rates will go up faster than has materialised," said hedge fund manager and former Bank of England policymaker Sushil Wadhwani. "It's possible the economy is behaving very differently than the way the Fed perceives it - a 'missing factor'. And I'm not sure that 'missing factor' has completely gone away," he told a conference organised by Fathom Consulting. Wadhwani said that if China was indeed slowing far faster than official data showed, for example, then the Fed may move but then pause very quickly. The market disruption from any sharp slowdown in China would "stay its hand". "Likewise, if I was very pessimistic about China and was still on the (BoE's Monetary Policy Committee), I would wait." Yet some people still feel this is the moment for these two central banks to hold their nerve and communicate clearly their focus on the medium term and the performance of inflation. Inflation expectations surveys among households and expectations embedded in financial markets all see headline inflation well above target over the medium term. Former BoE policymaker Charles Goodhart told the Fathom conference that in future historians may treat the UK inflation target kindly when viewed from a distance. British inflation was consistently above target in 2010-2013 but has undershot it since, he pointed out. Averaging this out may make it seem far more stable over time. "The Bank will look through these headline inflation swings and raise rates soon and I think they are probably right." -Reuters