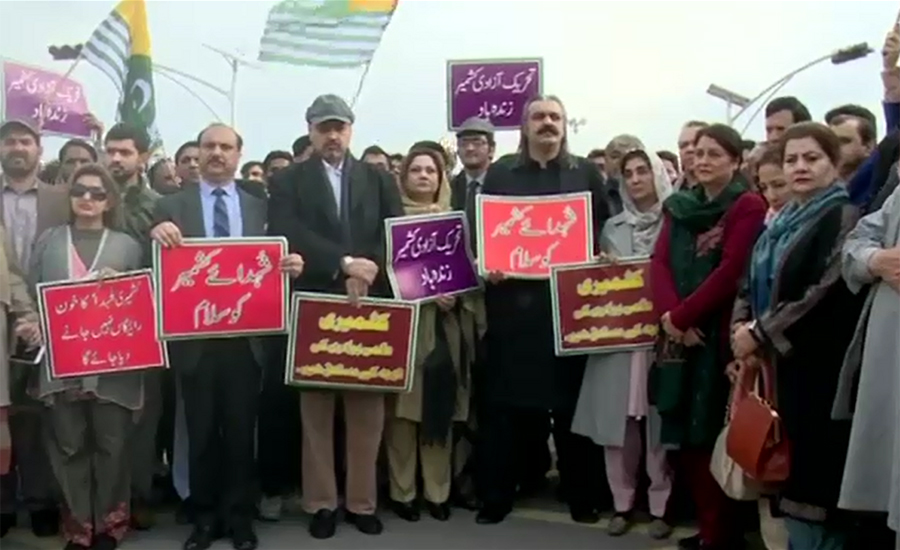 ISLAMABAD (92 News) – Rallies are being taken out across the country to express solidarity with Kashmiris against Indian atrocities in Occupied Kashmir. Citizens took out the rallies in Dera Bugti, Dadu, Sheikhupura, Mirpur, Vehari, Sadiqabad and Gilgit-Baltistan. The protesters burnt the Indian flags and effigies of Indian Prime Minsiter Narendra Modi. One-minute silence was also observed to express solidarity with Kashmiris. 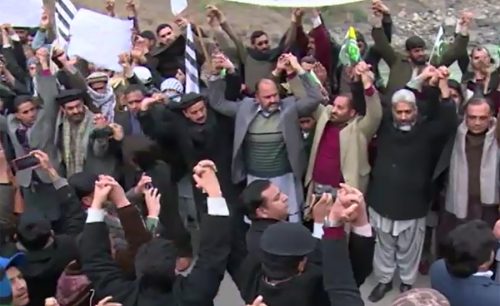 Thousands of people formed a human chain at Kohala Bridge. They reiterated the resolve that the nation will continue its support till independence of their Kashmiris brothers from Indian occupation. They said that self-determination is the basic right of the Kashmiris. “India is committing violations of human rights instead of giving the right to Kashmiris,” they said. At D Chowk, people formed a human chain and chanted slogans against Indian atrocities in Occupied Kashmir. Federal Minister for Kashmir Affairs Amin Gandapur said that India should consider the offer of talks as weakness. “We will raise the voice of the Kashmiris at each platform,” he said. The minister said that the world should take notice of the Indian atrocities.