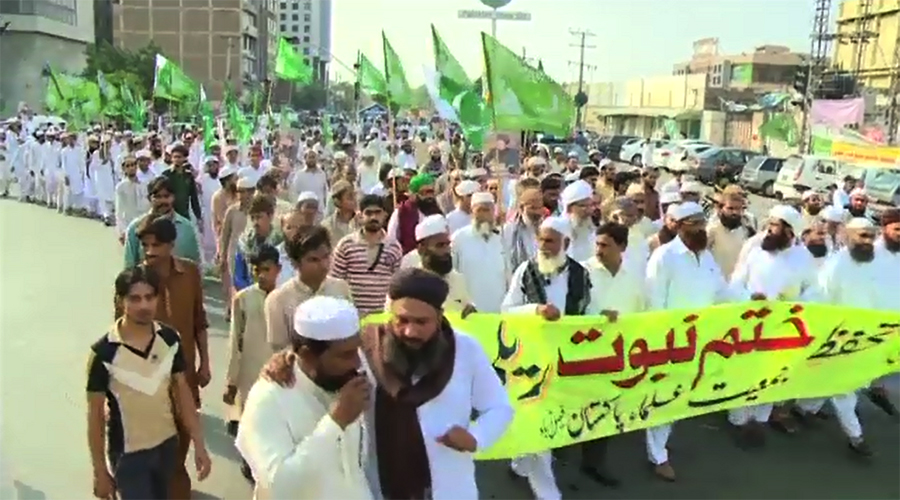 FAISALABAD (92 News) – Rallies were taken out on the Youm-e-Tahaffuz-e-Khatm-e-Nabuwat across the country on Wednesday. In Faisalabad, the Jamiat Ulema-e-Pakistan took out a rally from Dhobi Ghat to Ghanta Ghar Chowk. Hundreds of people participated in the rally. The participants were carrying banners and placards. Addressing the rally, the speakers said that the Holy Prophet Hazrat Muhammad (SAW) is the last prophet and no prophet will come after him. The Sunni Tehreek took out another rally from Station Chowk, which concluded at Ghanta Ghar Chowk after marching through different routes. A large number of people, including children, participated in the rally.