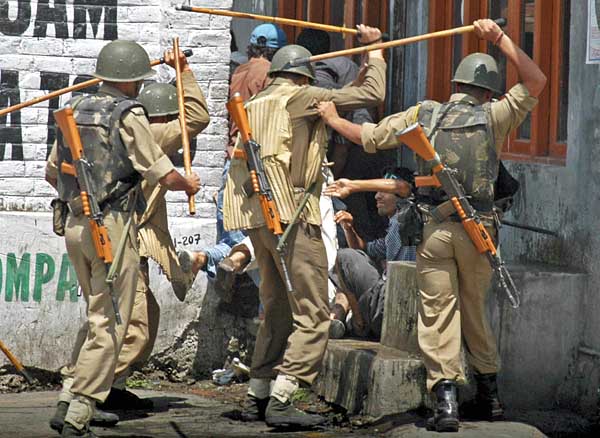 SRINAGAR – Fourteen people were injured when Indian security forces resorted to severe baton-charge and firing in Srinagar on Friday, The protesters had taken out a rally against the arrest of Hurriyat leader Masarat Alam. Meanwhile, Hurriyat leader Mirwaiz Umar Farooq has said that India should stop state terrorism immediately. Syed Ali Geelani said that the freedom movement has been shifted to the youth.