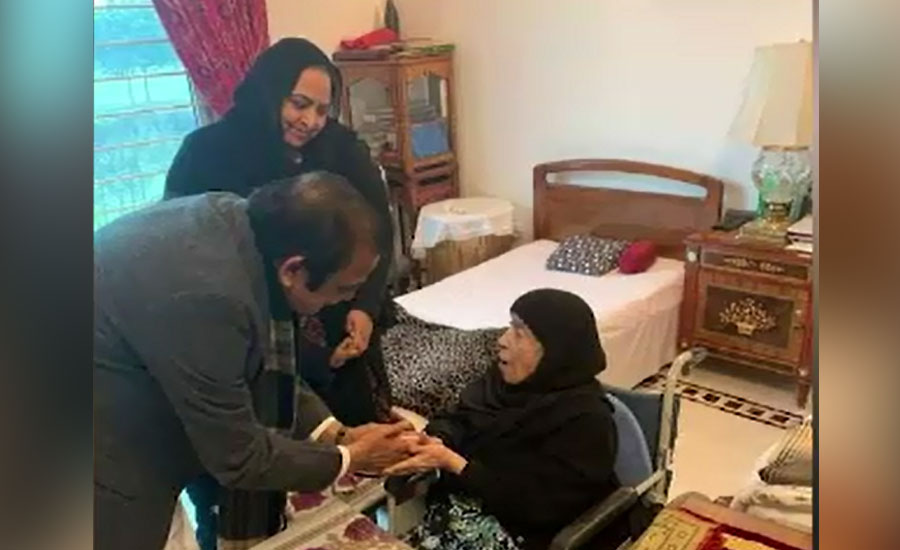 LAHORE (92 News) – Former Punjab law minister Rana Sanaullah on Tuesday visited the Jati Umra and met with Pakistan Muslim League-N (PML-N) vice president Maryam Nawaz. According to the sources, both the leaders exchanged views about the health of former prime minister Nawaz Sharif. During the meeting, Maryam Nawaz also congratulated Rana Sanaullah on his confirm bail. Earlier on December 26, Rana Sanaullah was released from camp jail. It is pertinent to mention here that Rana Sanaullah was serving jail in a drug trafficking case. He was arrested on July 1 after 15 kilogrammes of heroin were recovered from his Land Cruiser. The Lahore High Court (LHC) issued its detailed verdict on the bail granted to the PML-N leader in a drug trafficking case. The nine-page judgment was authored by LHC’s Justice Chaudhry Mushtaq Ahmad. The court questioned in its judgement why, even though the former provincial minister was accused of operating a narcotics trafficking network, the Anti Narcotics Force never sought his physical remand to investigate that allegation. According to the court verdict, Rana Sanaullah was granted bail because of the lapses in the prosecution’s case. The prosecution told the court that the ANF had been monitoring Sanaullah’s movements for a few days and they received credible information that drugs were being carried in a car similar to the one Sanaullah has. The court further questioned why formal documentary proceedings of the seizure of narcotics were not conducted at the time of arrest, and why a sample of only 20 grams of the heroin recovered was sent for testing when the seized quantity was a much higher 15 kilogrammes. The judgement also gave some weight to the ‘political victimsation’ argument made by the petitioner. “In the context of the petitioner being a vocal political leader of [the main] opposition party, this aspect of the case could not be ignored as political victimization in our country is an open secret,” the order stated.