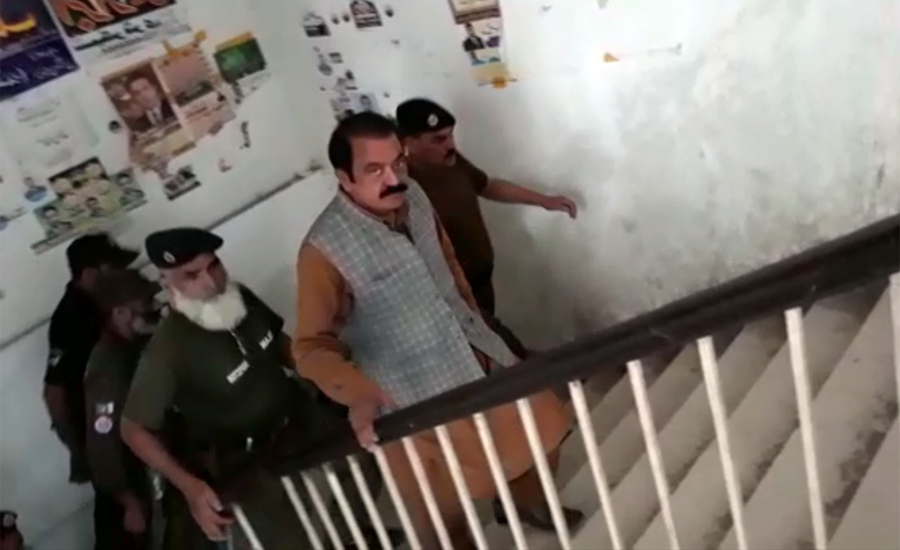 LAHORE (92 News) – Anti Narcotics Force Court Duty Judge Khalid Bashir extended the judicial remand of PML-N leader Rana Sanaullah in a drugs recovery case till October 2. The court also summoned the Safe City Authority MD with the record on the next date of hearing. “Why has Rana Sanaullah been presented in court?” the judge questioned. The jail officials told court that the accused are not being presented due to lawyers’ strike. Azam Nazir Tarar advocate, counsel for Rana Sanaullah, said that Rana Sanaullah is an active member of the PML-N and he has been arrested for this reason. “The FIR was registered after a delay which creates doubts and suspicions,” he said. He appealed to the court to save the footage of the arrest of his client Rana Sanaullah. The prosecution said that they had brought the supplementary challan so that the case be tried. On July 1, the ANF Lahore had arrested PML-N leader Rana Sanaullah near Sukheke. He was shifted to ANF Cantonment Office for interrogation. ANF Commander Brig Khalid Mahmood had supervised the arrest.