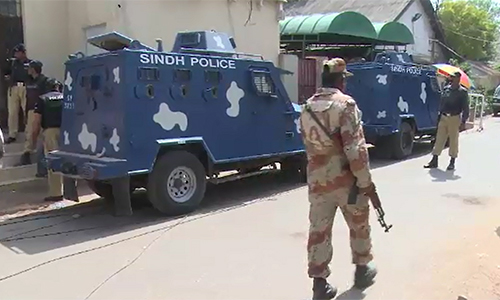 KARACHI (92 News) - Sindh Rangers on Sunday arrested 11 criminals in raids in various areas of Karachi. According to the spokesman of Pakistan Rangers Sindh, the raids were carried out in Shadman Town, Taimuria, and Frontier Colony and weapons also recovered. "The paramilitary troops arrested the suspects, including a political activist, during raids in Shadman town, Frontier Colony and other areas of the city," he said. "The accused were involved in various cases of extortion and other crimes." Rangers and police have arrested hundreds of criminals during their crackdown across Karachi.