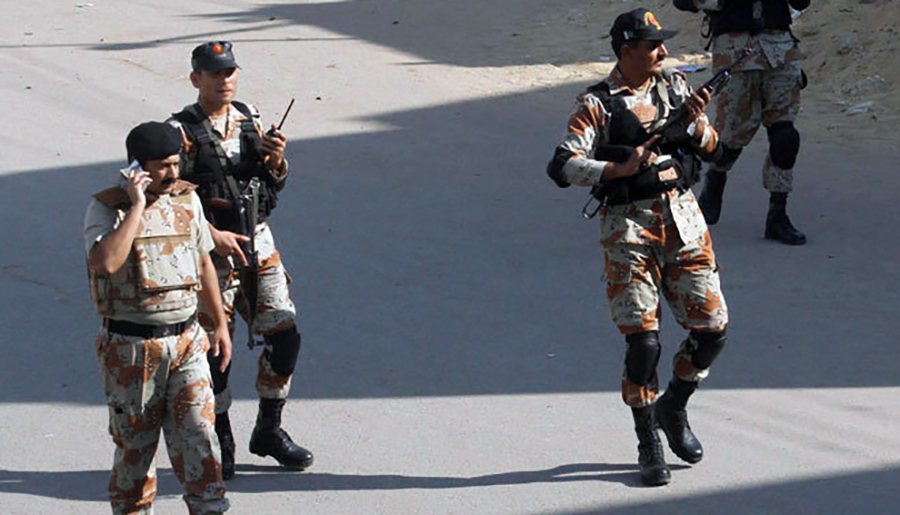 KARACHI (92 News) – Two wanted terrorists have been killed in an encounter with police in Shah Latif Town area of the city. SSP Counter Terrorism Department Junaid Shaikh told the media that the targeted action in the area was carried out on intelligence-based reports. He said a police personal was also injured in the encounter. A suicide jacket, a hand grenade and other weapons were also recovered from the terrorists. Meanwhile, Sindh Rangers arrested a notorious terrorist belonging to Lyari Gang War in an encounter at Old Golimar area of Karachi on Tuesday night. According to a spokesman for the Sindh Rangers, a huge quantity of arms and ammunition was also recovered.