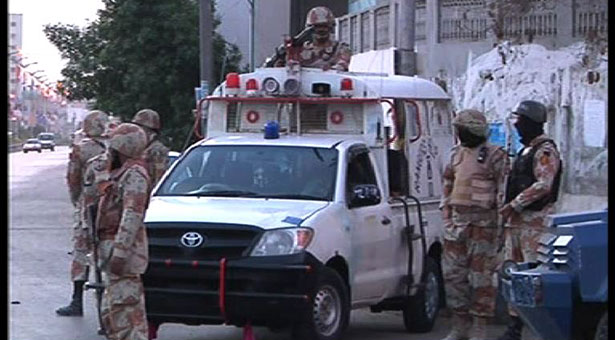 KARACHI (92 News) – Sindh Rangers conducted raids around the Muttahida Qaumi Movement (MQM) headquarter Nine Zero early on Sunday and arrested two alleged MQM workers. The intelligence based raid was conducted early in the morning and yielded in arrest of two hard-core criminals. Meanwhile, in a joint statement from London and Karachi, the MQM said the two criminals had no connection with the MQM. “They may be in touch with MQM workers, but had nothing to do with MQM,” the coordination committee said in the statement.