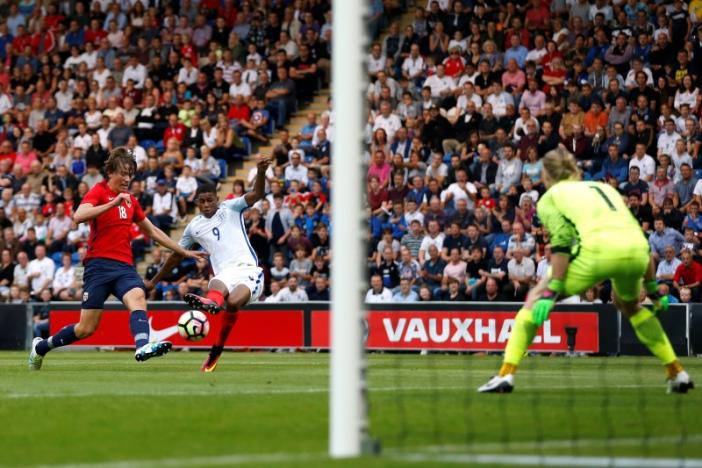 LONDON - Marcus Rashford grabbed a hat-trick on his England Under-21 debut as they crushed Norway 6-1 in a European Championship qualifier. The 18-year-old Manchester United forward, left out of the senior squad by new manager Sam Allardyce, slotted home from 18 yards before adding a deflected shot and converting a penalty to complete his treble. Rashford also scored on his Premier League and Europa League debuts last season as well as netting his first England goal three minutes into his first international start against Australia in May. Nathaniel Chalobah, Ruben Loftus-Cheek and Lewis Baker also scored for England to put them two points clear of Switzerland at the top of their group. -Reuters