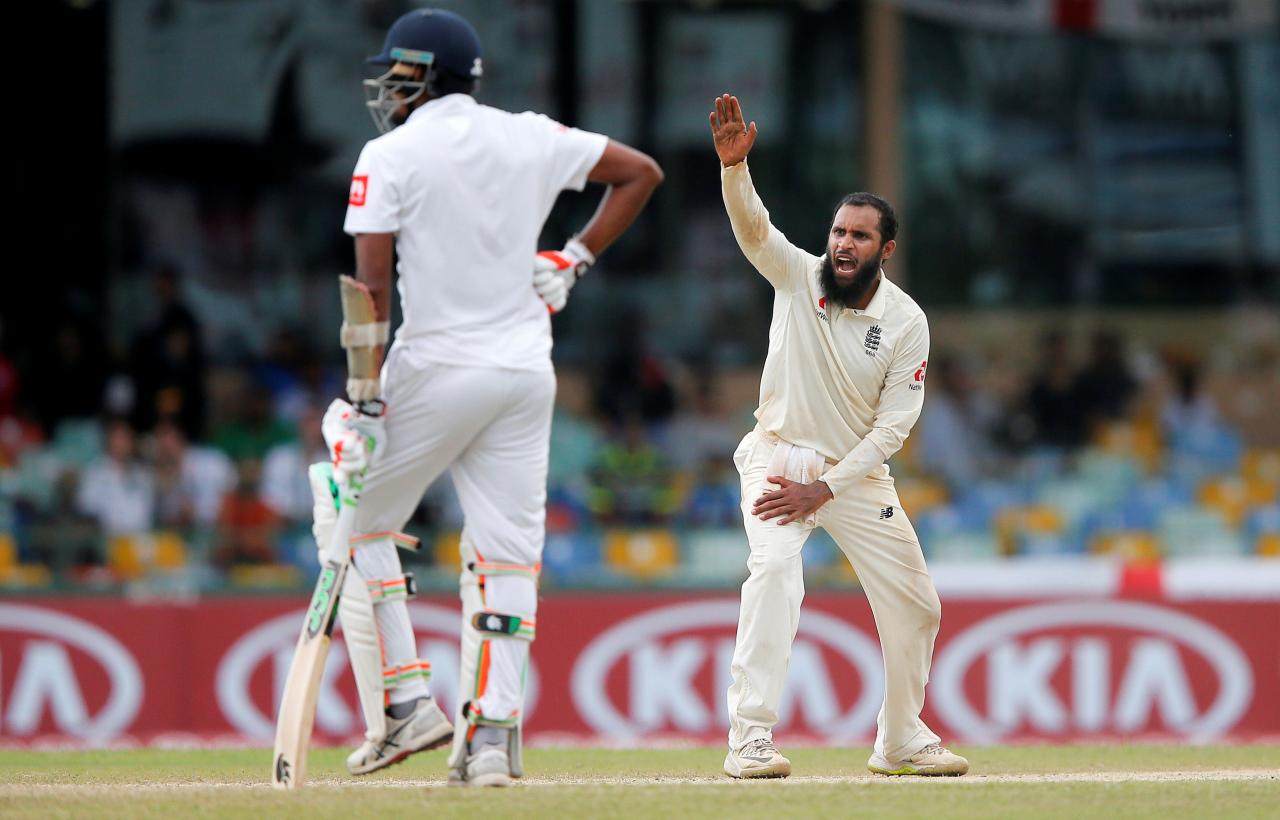 COLOMBO (Reuters) - Adil Rashid and Ben Stokes scripted a spectacular turnaround to earn England a handy first-innings lead after skittling out Sri Lanka for 240 on day two of the third and final Test on Saturday. Cruising at 173 for one at one stage, Sri Lanka had every reason to be optimistic about a big first-innings total before the wheels came off their innings in the final session at the Sinhalese Sports Club. Rashid claimed a career-best 5-49, also effecting a run-out with a direct throw, while Stokes returned 3-30 in a lion-hearted display of pace bowling on a spin-friendly track to earn England a first-innings lead of 96. The tourists were three for no loss in their second innings when bad light stopped play. Rory Burns was on two and Keaton Jennings on one with England pressing for a 3-0 series sweep. On a day when England captain Joe Root spilled two catches in the slip, Jennings pouched four at short leg, three of them absolute blinders. Ben Foakes took three behind stumps, including a brilliant diving catch to send back Angelo Mathews. Earlier, England lost their last three wickets in less than 30 minutes to be all out for 336 in their first innings. Sri Lanka made a cautious reply and Jennings took a stunning catch to eventually end the opening stand. Danushka Gunathilaka (18) stepped out to hit a Jack Leach delivery and Jennings followed him to be in position to take a bat-pad catch after the ball hit his midriff. Dimuth Karunaratne (83) then forged a 142-run partnership with Dhananjaya de Silva (73) to lead a strong reply by the hosts. Both batsmen were lucky to bring up their fifties, each spilled by Root at slip with Stuart Broad the luckless bowler on both occasions. Once again, Jennings took a smart catch to end Sri Lanka’s highest partnership of the series when de Silva flicked a Rashid ball towards him. The same Rashid-Jennings pair combined again to send back Karunaratne and Sri Lanka simply imploded after that, losing eight wickets in the final session. On a pitch where no other quick bowler has managed a wicket in the contest, Stokes generated awkward bounce to trouble the batsmen and was rewarded for his never-say-die attitude.