Ready to bat at any position: Shadab Khan 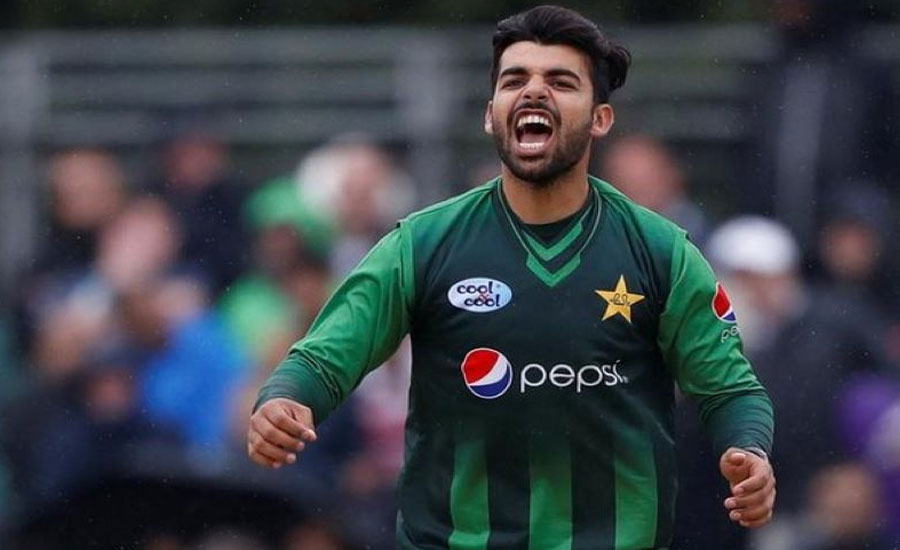 Ready to bat at any position: Shadab Khan

KARACHI (92 News) - Shadab Khan, the Pakistan wrist-spinner, said he is working on improving his batting to become a regular all-round option in the national side.

"I have been working hard on my batting as I want to be an all-rounder for the team," Shadab said on the eve of the second one-day international against Sri Lanka, on Sunday, 29 September. "I am looking forward to doing that in the next two matches here [in Karachi]. I am ready to bat at any position, at any number where my team wants me to bat."

Who would you like to see in the playing XI for tomorrow's ODI against Sri Lanka? pic.twitter.com/jADAoCFPFr — ICC (@ICC) September 29, 2019

On being asked for an all-round inspiration, Shadab added that he's now inclined to learn to bat like Australia star batsman, Steve Smith, who started off his career as a leg-spinner. "I haven't really followed any particular all-rounder. [But] I do follow Steve Smith from the beginning, who has now become a proper batsman," Shadab said. "I just want to try giving my best as a batsman, and whenever I get an opportunity, I want to showcase my batting skills and prove that I can bat well and play as an all-rounder." Shadab Khan, so far, has represented Pakistan in 78 matches across formats, taking 112 wickets. In the ICC Men's Cricket World Cup 2019, he picked up nine wickets in seven matches.

Wrist spinner @76Shadabkhan at the practice nets in National Stadium Karachi on the eve of the second #PAKvSL ODI. pic.twitter.com/sAW9DalZJC

"I know that I haven’t done too good recently," Shadab said of his recent ODI performances. "But my role is of an attacking spinner and cricket has changed recently, so I would be happy even if I go with figures of 3/50 in an ODI," said Shadab, who has taken 56 ODI wickets at an economy rate of 4.93. The spinner added that the contest against Sri Lanka, even without some of their top players, would be an exiting one. "They have something to prove and they’ll give their best," the 20-year-old added. "I know a few of them from my U19 playing days and the A team’s tour and I am aware of their strengths. It will be a good series with them." The first ODI between the two sides was washed out, the second will be played at the same venue – Karachi's National Stadium – on Monday, 30 September.