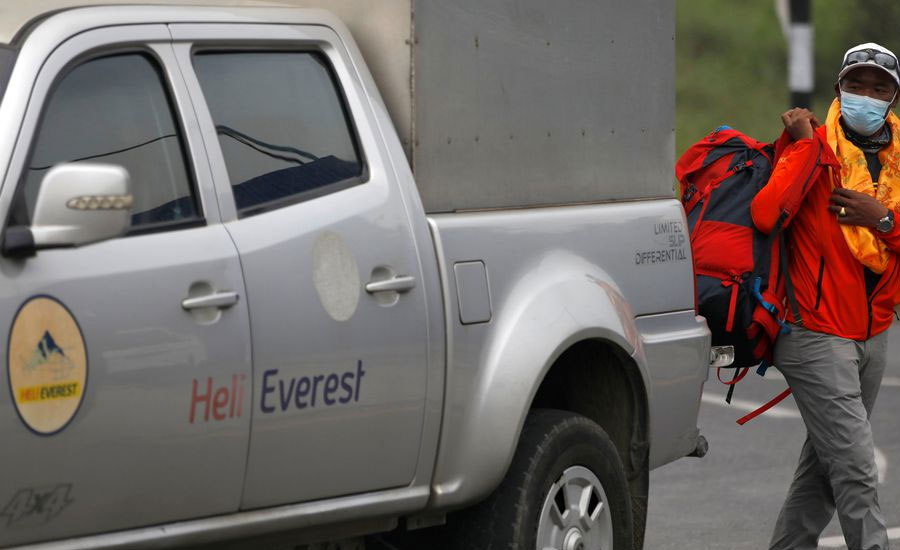 (Reuters) - A Nepali Sherpa, who has climbed Mount Everest a record 25 times, said on Tuesday he had a dream in which a "mountain goddess" warned him from making another ascent this month.

He was accompanied on the world's highest mountain by 11 other Sherpa climbers, who formed part of a rope fixing team.

On Tuesday as Kami, who goes by his first name, returned to Kathmandu from the mountain, he told reporters he was at the Western Cwm valley, preparing to accompany clients and make his 26th ascent when he had a dream.

He did not say what the dream was but felt the mountain goddess did not want him to make another attempt on the peak.

"I didn't have a good dream. I felt [the] goddess was telling me 'it is enough for this time'. So, I returned back," he said.

Sherpas are known for their mountaineering skills and guide expeditions and treks to Everest for visiting climbers. They perform religious rites asking for forgiveness for setting foot on its peak every year.

Kami said he would go back to the mountain next year.

Hundreds of mountaineers have climbed Everest after it reopened for the April-May season this year despite reports of a COVID-19 outbreak at the base camp.