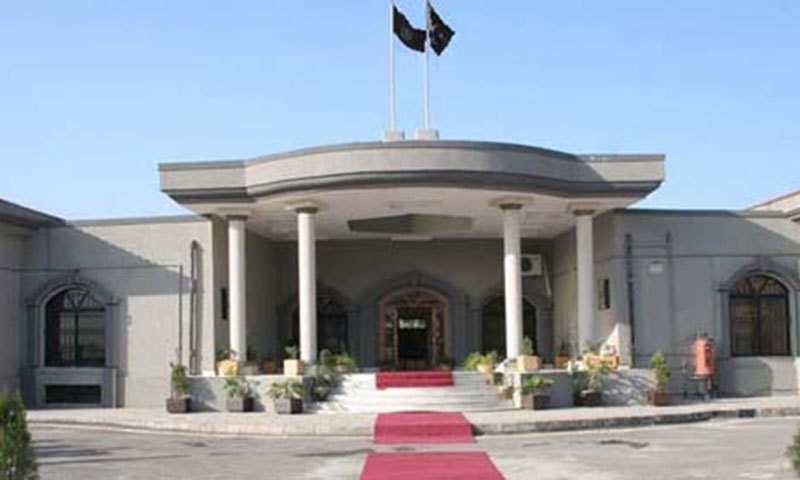 ISLAMABAD (92 News) - The Islamabad High Court (IHC) has suspended an Additional Sessions Judge Jahangir Awan over Red Zone firing incident. A notification released today stated that the judge has been relieved of his duty until further notice. the IHC chief justice suspended the judge as per departmental rules. On the other hand, the Additional Session Judge Syed Faizan Haider has sought a reply from police for not registering a case on the shooting. The Additional Sessions Judge inquired that despite the report, why did the police not register the case? In the petition filed through lawyer Raja Zahoorul Hassan, Sessions Judge Jahangir Awan took the stand that he had filed a complaint in the Secretariat police station regarding the September 13 incident and also gave his statement. He said that despite the complaint, no FIR has been registered yet. It is requested that orders be issued to register a case and punish the accused. The lawyer said that Police has taken MLC but no FIR has been registered even after 24 hours of the incident. The court said that record will be sought from the police and it is hoped that an FIR will be registered before that. The court has asked for a reply from the police and directed SHO Secretariat police station to submit a report by Wednesday. Earlier, Member Punjab Assembly (MPA) Abida Raja’s husband allegedly physically assaulted Additional Session Judge Malik Jahangir at a petrol pump in the federal capital. Judge Malik Jahangir has filed an application against the MPA’s husband-Chaudhry Khurrum. In his application, the judge said that he was refueling his vehicle at a petrol pump in “Constitution Avenue” when a car wrongly parked before him. Suddenly, Chaudhry Khurrum and his servants started to beat him up before he could understand anything. A video shared on social media showed that a verbal brawl at a petrol pump near the Foreign Office building in Islamabad turned into a violent incident. Raja’s husband, Chaudhry Khurram, allegedly punched the judge and broke his nose and inflicted other injuries on the judge’s eyes and lips, as well as on his left leg. This incident happened due to an altercation between two vehicles outside Parliament House over the crossing of a traffic signal. When the two vehicles reached the fuel station near the Foreign Office, Khurram, helped by his driver, opened the door of the Additional Sessions Judge’s car and slapped the judge.