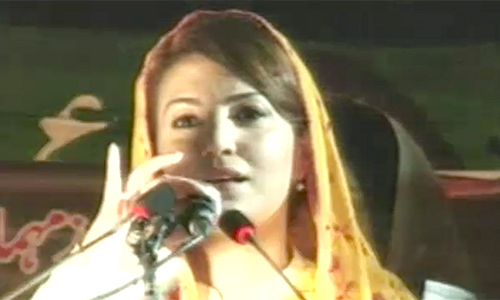 HARIPUR (92 News) – Raham Khan, wife of PTI chairman Imran Khan, has said that the youths are the power of the Pakistan Tehreek-e-Insaf. Launching the campaign of PTI candidate Raja Amir Zaman for NA-19 by-poll in Haripur on Friday, she said that people would give her a gift by winning the seat, and the Khyber Pakhtunkhwa government would give them the gift. “The PTI people are different from all as they have Imran Khan, youth and Bhabhi Jaan,” she said. Reham Khan asked the people to think whether they want to vote for thieves and plunderers or educated leadership. Earlier talking to the media at Bani Gala, she said that she had entered politics much earlier. She said that she highly respected the local media, which should have not levelled baseless allegations.