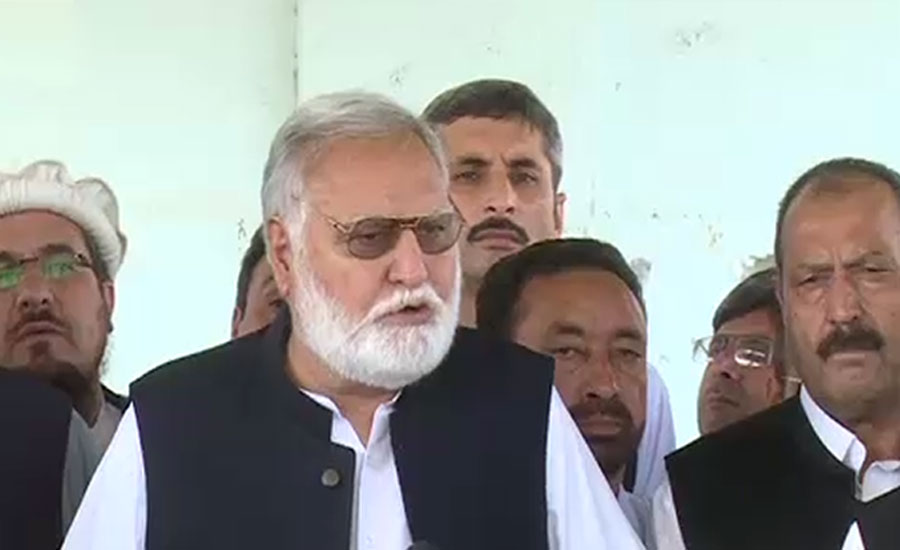 ISLAMABAD (92 News) – The opposition’s Rehbar Committee exchanged views on the high treason case verdict against former president Pervez Musharraf and Chief of Army Staff (COAS) General Qamar Javed Bajwa’s extension on Saturday. Jamiat Ulema-e-Islam Fazal (JUI-F) leader Akram Durrani, who is the convener of the committee, presided the Rehbar committee meeting. The sources said that the opposition parties exchanged the views regarding COAS Bajwa’s tenure extension, the special court’s verdict against Musharraf. It also added that the consultations held about the National Accountability Bureau (NAB) actions against opposition leaders and arrests of leaders. Members of the committee, which comprises all major opposition parties, including the Pakistan Muslim League-N (PML-N) and the Pakistan People’s Party (PPP), presented their parties’ opinion on these issues. During the meeting, all the representatives from the opposition parties presented their political stance on the important matters agenda of the meeting. The NAB Amendment Ordinance 2019 has been issued after the NAB chairman’s statement that the direction of winds being changed, opposition said in a press conference after meeting of its Rehbar Committee. Akram Durrani said the NAB ordinance has been introduced to save “the friends”. He claimed that the government has invoked the ordinance to save its friends. Durrani alleged that cases are lodged against those who speak up openly adding that Ahsan Iqbal was arrested for his outspoken statements. Former prime minister Shahid Khaqan Abbasi was imprisoned in a cell of death row prisoners in jail and now a notice has been issued to Bilawal Bhutto, Akram Durrani said. “We don’t want confrontation among the state institutions and want that every institution must function in its constitutional limits,” Durrani said. Akram Durrani also alleged that Wajid Zia has been posted in FIA for making arrests.