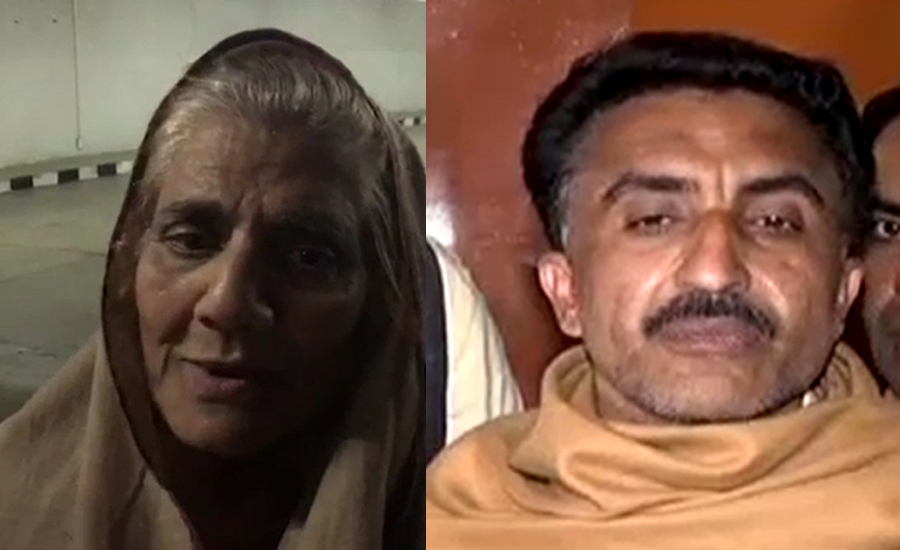 ISLAMABAD (92 News) – Relatives of the victims of the Sahiwal tragedy have demanded a judicial commission for a probe into the matter. They said that they had no trust in the JIT and demanded that the case should be tried in a military court. Both victim families reached the Parliament to attend a meeting of the Senate Standing Committee on Interior. The victim Khalil’s mother told 92 News that a hope for justice has emerged after notice by government high-ups. Meanwhile, the complainant and witnesses will be taken to Sahiwal jail for indentifying the six accused. Sources said that the police had summoned the complainant and witnesses on Monday, but they did not turn up. Witnesses told the police that the officials had kept the bodies in a vehicle when they reached. Two witnesses said that they had not seen anyone firing shots and reached the spot after the incident. Earlier, the authorities released the autopsy report which stated that all the victims were shot multiple times at very close range. The post mortems were performed on the four bodies at the District Headquarters Teaching Hospital, Sahiwal. It is pertinent to mention here that Khalil, his wife Nabeela, daughter Areeba and driver alleged terrorist Zeeshan Javed were killed in the operation conducted by the Counter Terrorism Department (CTD) on GT Road in Sahiwal on January 19. Khalil’s son Mohammad Umair and two daughters Muniba and Jaziba were also wounded in the “operation” which triggered nationwide outrage. Since they had been shot at a ‘very close range’, the skin of the victims had powder burns on different parts of their bodies, the medics say in the post mortem report. All the victims had also been shot in the head at least once. Areeba, 13, was shot six times, and had her ribs broken by the impact of the bullets, reads the report. She also shot in both sides of the chest. According to the report, Nabeela was shot four times, including one time in the head. And her husband Khalil was shot 11 times, including one shot to his head. The drive Zeeshan, who the CTD later claimed had links with a terrorist group, was shot 13 times, including one shot to the head. The headshot had shattered his skull. Medics also said that a wound on the hand six-year-old Muniba, which officials earlier claimed was caused by glass shard from the window of the car, was in fact a gunshot wound. The bullet tore through her hand.

On the other hand, the joint investigation team (JIT) – which is probing the ‘Sahiwal alleged shootout – is finding it difficult to record eyewitness statements. The JIT spent three hours at the Yousaf Wala Police Station here on Monday. Meanwhile, despite announcements through mosques and notices posted on walls, eyewitnesses did not come forward to record their statements. Two people came forward to record their statements who had arrived at the scene of the CTD’ encounter after the firing had taken place. “Two statements have been recorded. We will come again if anything else comes forward. We are in Sahiwal and eyewitnesses can come to meet us this evening or even tomorrow,” said AIG Aijaz Shah who is heading the JIT. The eye witnesses said that many persons were present at the time of shootout but they were hesitating to come for recording the statements.