ISLAMABAD (92 News) – Saudi Crown Prince Mohammad bin Salman has said that the release of Pakistani prisoners is my duty. He was addressing a joint press conference, along with Prime Minister Imran Khan, at Noor Khan Airbase in Rawalpindi on Monday afternoon. 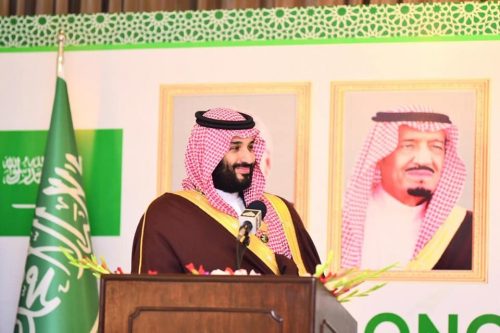 Pakistan has potential to become a big economy by 2030

The Saudi Crown prince said that Pakistan has the potential to become a big economy by 2030. He also said Saudi Arabia believes in the future of Pakistan and it will continue to do more for the development and progress of the country. Mohammad bin Salman further said that Pakistan is moving forward in the leadership of Prime Minister Imran khan. He predicted with expressing his hope, saying that Pakistan will become second biggest country on behalf of economy.

PM thanks Saudi Prince for ordering release of Pakistani prisoners 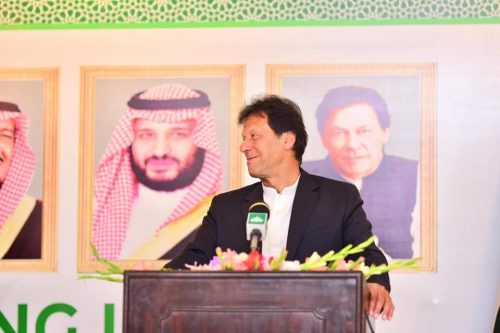 Speaking on the occasion, Prime Minister Imran Khan thanked Crown Prince Mohammad bin Salman for ordering release of 2107 Pakistani prisoners detained in Saudi jails on minor charges. He said with this gesture, the Crown Prince has become a popular figure in Pakistan as the entire Pakistani nation is thankful for his act of kindness in releasing the detained people. Imran Khan said relationship between Pakistan and Saudi Arabia are increasing in investment spheres. He said geo-strategic location of Pakistan offers tremendous opportunities for the region. Saudi Crown Prince Mohammad Bin Salman left Islamabad this evening after a two day official visit to Pakistan. Prime Minister Imran Khan extended the invitation to Crown Prince for the visit.

In a press release, Foreign Office spokesperson said the visit laid the foundation for a new chapter in Pakistan-Saudi political, diplomatic, economic, investment, trade, people-to-people, defence and security relationship. The statement said the establishment of Supreme Coordination Council, its subsidiary mechanism are one of the key steps in shaping the new trajectory in the bilateral relations. It said investment and trade relations received high priority during the visit as Saudi Crown Prince announced 20 billion dollars investment in pakistan. The two sides signed a range of Agreements and MoUs in several areas. The Prime Minister expressed gratitude to the Crown Prince for his immediate consent to release 2107 prisoners from Saudi jails.

In a joint statement, both brotherly countries, applauds the growing momentum in bilateral ties in all areas. The Saudi side praised Prime Minister Imran Khan’s dialogue offer to India including the initiative on opening of Kartarpur corridor. Both sides stressed that dialogue is the only way to ensure peace and stability in the region and to resolve the outstanding issues. Both sides also strongly condemned the atrocities and human rights violations committed against Muslims around the world. The Prime Minister briefed the Crown Prince on the grave human rights violations in Indian Occupied Kashmir and the need for resolution of Jammu and Kashmir dispute in accordance with UN Security Council resolutions and wishes of the Kashmiri people. The statement also articulates the common positions of the two countries on a range of regional peace and security and international issues including inter alia challenges faced by the Islamic Ummah, interfaith harmony and counter terrorism.